Surgical Outcomes and Social Media Reviews: When a 5-Star Rating Isn't All It Seems 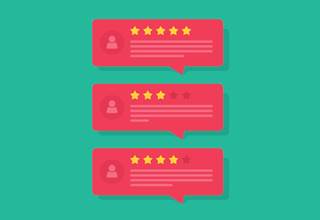 High-volume centers embrace the challenge of repetitively performing surgeries, and their patient outcomes shine as a result.

The “why” of this isn't exactly a medical mystery: they've had more practice. With the steepest part of the learning curve firmly in the rear view, high-volume operative hubs are stacked with teams that are exceptionally prepared to outmaneuver the hazards that regularly trip up novices. An expert, as the saying goes, has already made all the mistakes that can be made in the field. Surgery is all about not making those mistakes twice. High-volume centers embrace that challenge, and their patient outcomes shine as a result. The patients, of course, are thrilled.

Maybe not so much. A study was recently published in JAMA Surgery that examined close to 1800 patient satisfaction ratings for 665 California urologists over the course of a calendar year.2 The results were mostly vanilla: the average rating was 3.8, male and female doctors had about equal ratings, and academic doctors scored slightly higher than their private counterparts — all of which is more or less in line with what we'd expect to see. But the study also concluded that higher volume practices were associated with lower ratings. That is, even though higher surgical volumes are tied to better operative outcomes, which should, at least intuitively, lead to happier patients, people who passed through busier offices deemed themselves less happy with their urologist.

I'll concede that I'm not exactly comparing apples to apples here. So-called centers of excellence, or other places that have snagged the “high-volume” moniker, might make their numbers by, say, putting a bunch of surgical teams under the one roof, or performing a single procedure at the exclusion of everything else. The California study defined volume purely in terms of how many Medicare patients were seen. While it's not precisely the same scenario, the general relationship still holds: it's not unreasonable to think that busier doctors — the ones who see more Medicare patients — also perform procedures more frequently, and consequently should have superior outcomes.

There's nothing obviously suspect about the experimental design that might explain away this puzzle. All that the study respondents were asked to do was rate their physician on a scale from 1 to 5. It's not as if there's anything especially peculiar about urology; urologists live on the same operative volume-complications curve as everyone else.3 What's going on here?

As it happens, there is one tiny thing that I've neglected to mention: these ratings came from voluntary online reviews. The researchers culled their data from RateMDs, Healthgrades, Vitals, and Yelp. This is, at least potentially, fairly significant. The study doesn't detail when the typical respondent submitted their review. If reviews were submitted soon after the initial procedure, it means that, besides intraoperative complications, these ratings may be almost entirely blind to the usual measures of surgical performance. When you're sitting at home a few days after a prostatectomy, trying to kill the boredom of convalescence by posting your two cents on Healthgrades, you have no idea what complications might lie around the bend, or even whether the operation truly was a success. What you do know is how the staff treated you, whether the clinic seemed organized, and whether billing was a hassle. You can comment on the quality of customer service you experienced, but not much else.

This hypothetical neatly explains the results of the California study. It's not hard to imagine that regardless of what the eventual operative results looked like, patients might be less impressed with the customer service at a place that was busier and probably had longer wait times — and possibly more limited physician-patient interactions as a result. It's perfectly natural that those aspects of the encounter might color the grade assigned to the overall experience, especially when patients aren't in a position to see the big picture.

Customer service is a critical part of every physician's job. It's great that there's a cadre of internet vigilantes out in the world, ready to expose any physician who's slacking on treating patients like humans beings. But there's a big difference between a 5-star Yelp review and a quality-adjusted life year, or between a Vitals ranking and a risk-adjusted mortality rate. Online rating aggregators tell us a lot about the patient experience, but they're not even trying to measure surgical outcomes. As it turns out, the customer isn't always right.