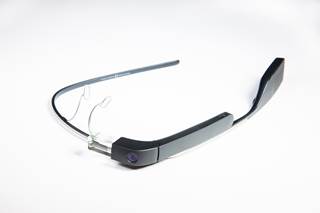 A prototype at-home wearable therapy tool may be effective at increasing social skills, facial affect recognition, and eye contact in children between the ages of 3 and 17 years who have autism, according to a study published in npj Digital Medicine.

With this exploratory study, researchers hoped to address a need for accessible and practical at-home interventions for children with autism spectrum disorder. To do so, they developed a machine-learning-assisted software system called Superpower Glass, which operates on Google Glass and an Android smartphone. The software incorporates multiple game modes geared toward honing emotion identification, improving overall social awareness, and increasing eye contact during social interactions.

The 14 children (mean age 9.57) included in the pilot program wore the “smart glasses” at home for an average of 72 days. From intake to conclusion, each child was assessed for social-interaction changes using the Social Responsiveness Scale, a facial recognition task (EGG), and qualitative reports based on interview answers from parents.

Using a repeated-measures one-way analysis of variance to determine change in scores on the Social Responsiveness Scale, researchers found that total scores decreased by an average of 7.14 points (P <.001). Likewise, among the 11 participants who received an EGG evaluation before and after the trial period, there was a significant improvement in emotion labeling accuracy (P =.006), with an average increase of 9.55 correct answers (P <.01). Qualitative reports included observations of increased eye contact and greater social acuity by 12 of 14 families.

Several limitations were noted for this study. Primarily, as no control group was included, researchers could not conclude “whether it was the system itself, a maturation effect, or another aspect of the intervention process that resulted in the changes observed.”

Considering such limitations, researchers said their results provided “a valuable preliminary understanding of the way that parents and children with autism engage with our Superpower Glass system, an important step before beginning a larger randomized control trial to determine efficacy.”