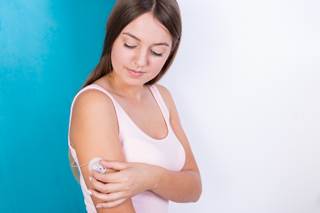 The FreeStyle Libre system is currently the only CGM system that does not require user calibration or fingersticks.

A new continuous glucose monitoring (CGM) system, the FreeStyle® Libre, is now available for Medicare patients, according to a press statement released by Abbott.

The FreeStyle Libre system is currently the only CGM system that does not require user calibration or fingersticks. Instead, the system reads glucose levels for up to 10 days through a sensor worn on the back of the upper arm. People with diabetes are able to self-apply the sensor, record glucose readings using a small handheld reader that is placed over the sensor, and receive information about glucose level trends.

Unlike traditional CGM systems, the FreeStyle Libre system can receive glucose readings through clothing and avoids interference from acetaminophen, which can falsely raise glucose levels.

All Medicare patients with diabetes who use insulin and meet the eligibility criteria will be covered to use the system. For non-Medicare patients, the system is available with a prescription at all major retail pharmacies in the United States.

“[The US Centers of Medicare and Medicaid Services'] recognition of this revolutionary health technology, which removes the need for any user calibration, is ultimately going to empower Medicare beneficiaries with diabetes to live better, healthier lives,” said Jared Watkin, senior vice president, Diabetes Care, Abbott, in a press release.