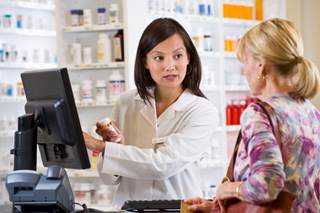 Nearly 12% of comments intended for pharmacists were never received.

A retrospective analysis of medication records transmitted through an electronic health record (EHR) system revealed that a significant number of comments meant to be sent to pharmacists were not sent, demonstrating a "legitimate safety concern."

The longitudinal medical record (LMR) — the legacy electronic health record (EHR) system at Brigham and Women's Hospital in Boston, Massachusetts — was used for analyzing outpatient prescriptions written between January 1, 2000 and May 31, 2015. Clinicians can include additional information when prescribing through Partners HealthCare LMR. This information can be written in 1 of 2 fields: special instructions or comments.

Text written in special instructions is electronically sent to the pharmacy, while the comments field contains internal notes to providers or administrative personnel and is not transmitted to the pharmacy or visible to the patient. The researchers extracted active orders in which the comments field did not match the special instructions field. From this, 10,000 records were randomly evaluated for intent. A taxonomy for categorizing the comments was developed using a grounded theory method.

The results showed that 11.7% of comments were intended for pharmacists who did not receive them, while 7.2% could have been intended for the pharmacist. The researchers determined that over one-third (31.5%) of the comments had potential for significant harm if not communicated, while 2.8% had potential for severe harm. The most frequent comment categories were related to dose, route, or duration (38%), transmission of the prescription (19.3%), or details on filling the prescription (16.6%).

"While electronic prescribing promises to reduce issues with legibility and transcription, it has created new issues," wrote the authors. They also cite other studies (Chused, AE et al. 2008) that have identified the issue of free-text comments not reaching pharmacists. This research, they state, highlights the importance of a clear communication system. They conclude that additional research is needed to "identify communication failures that occur in other computerized provider order entry systems."