Electronic Health Records: Is It Time to Uncouple Billing and Documentation Requirements? 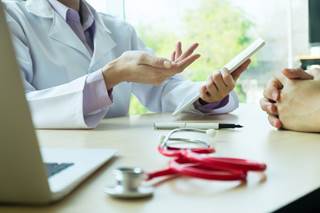 The burden of documentation has fallen onto physicians who are struggling to make time to care for their patients.

When I was a medical student, the electronic health record (EHR) was where we found laboratory and imaging results. All documentation of our patient encounters was done on paper charts. Those were the days of sloppy handwriting and brief to-the-point notes. There is nothing to be missed of the rolling shelves of charts around the nurse's station or the long mornings spent chasing down patient charts that roamed around the floor like giant plastic butterflies. There is no doubt that in the age of EHR, physicians enjoy improved access to patient information and data. However, those changes also mean that other entities, such as insurance companies and regulatory agencies, also have improved access. Increased accessibility means that numerous additional regulatory and documentation requirements have impaired how physicians practice medicine.

According to an article published in the Annals of Family Medicine, family practice physicians are spending almost half of their full work day entering data into an EHR system.1 The result is an EHR that has done away with the brief and informative physician notes, albeit often illegible, and is made up of automated lists of nonsensical data required to meet the minimum documentation requirements for payments or regulations.

Danielle Ofri, MD, from Bellevue Hospital and associate professor of medicine at the New York University School of Medicine, got it right when she stated in The New York Times that the EHR has become, “the convenient vehicle to channel every quandary in healthcare.”2 Often, when a new state regulation or insurance requirement or quality care initiative is executed, the final common pathway of each agenda is to add more documentation requirements into the EHR. Ultimately, this means that physicians must spend more of their time (both work and personal) entering data rather than caring for patients. As Dr Ofri states, “medicine traditionally puts the patient first. Now, however, it feels like documentation comes first.”2

As documentation becomes more of a priority, I fear that the information in the EHR systems becomes less accurate. For example, when physicians document their history and physical examinations, they may use a templated note designed to meet the minimum requirements to bill at a particular level of care. That note already has a physical examination typed out that may or may not reflect the actual physical examination maneuvers performed during that encounter. I have personally seen numerous patients with severe aortic stenosis with very loud systolic murmurs that can be heard by a medical student from across the room. However, the primary physicians note often states that the patient's cardiovascular examination was normal without murmurs. As the complexity of documentation in EHRs grows, the reliability and accuracy of those health records diminishes. Something needs to change.

Unfortunately, the solution is not so simple, nor is it obvious. When I began researching this topic, I thought I would find a plethora of alternatives to medical billing tied to documentation. However, I found very little about uncoupling the two processes. Many other countries have inadvertently solved this issue, or struggle with it to a lesser extent, because many have universal health care. In many of these models, the payment is tied to the number of hospital days that the person stays at the hospital or to the patient's diagnoses. Other healthcare systems solve the issue by hiring salaried physicians. Overall, none seem to have billing systems that are as overly complex and administratively taxing as ours. When we submit a bill in the United States, we have to submit an encounter code, a procedure code if a procedure was performed, and several diagnostic codes to support our encounter. Each one of these codes in turn has its own documentation requirements. If any particular requirement is missing, the entire bill gets rejected and either has to be reprocessed, after the note has been amended, or recoded. As one might imagine, this leads to numerous billing errors that frustrate physicians, insurance companies, and most importantly, patients.

Billing alone adds substantial administrative costs to our healthcare system. A 2011 New York Times op-ed piece estimated that $163 billion was spent by Medicare, Medicaid, and insurance companies on billing-associated administrative costs in 2009.3 Many hospitals now have billing experts or case managers whose job is to review physician notes to make sure that they have documented the minimum requirements needed to maximize reimbursements. There is no hospitalist in the United States who has not been interrupted by a case manager requesting additional documentation to maximize compensation for the hospital.

Unfortunately, the burden of documentation, for every conceivable purpose, has fallen onto the keyboards of physicians who are struggling to make time to care for their patients. We need to take a step back to a time when not every piece of information was necessary in every document in the health record. We need to go back to those handwritten days when physicians scribbled their findings on a sheet of paper to convey a message to their future selves or to other clinicians who might also provide care to the same patient. We do not want to go back to the days of illegible handwritten notes, but maybe it is time we uncoupled medical billing from our patient care notes.