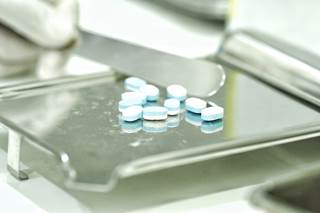 The effects of a reduction in default pill count from 30 to 12 in an electronic medical record system were assessed.

According to a recent study published in JAMA Surgery, lowering the default number of opioid pills prescribed in an electronic medical record (EMR) system can decrease the amount of opioid medication prescribed after procedures significantly.

For this preintervention/postintervention study, researchers assessed the effects of a reduction in default pill count from 30 to 12 in an EMR system. The investigators examined postprocedural prescribing patterns at a multihospital healthcare system using Epic EMR 3 months before and 3 months after implementing the default change.

Prior to the default change, 1447 participants (average age, 54.4) who underwent one of the hospital system's 10 most frequent outpatient procedures were prescribed a median of 30 opioid pills per prescription. After the change, 1463 participants (average age, 54.5) were prescribed a median of 20 pills per prescription (P <.001).

Study limitations include the trial's brief duration, precluding assessment of the long-term effects of this change.

“Lowering the default quantity of opioid pills prescribed after procedures via an EMR system is a simple, effective, cheap, and potentially wide-reaching intervention that can be harnessed to help change the culture of opioid overprescribing among health care professionals,” concluded the study authors.