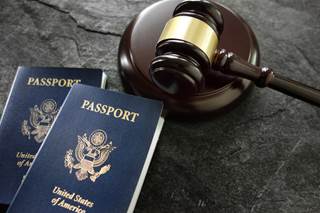 A public charge is anyone who primarily relies on government assistance for more than half of their income.

The latest proposed change to immigration policy from the White House may have serious effects on health care.

The new rule regards the definition of a public charge. Under current guidelines, a public charge is anyone who primarily relies on government assistance for more than half of their income. Once someone is classified as a public charge, the government can deny the individual legal entry to the United States, going so far as to arrest or deport the person. Based on these penalties, it's easy to see why a person would want to avoid falling into the category of a public charge, particularly immigrants and their families.

The Trump administration's new draft ruling from the Department of Homeland Security would expand the definition of public charge. The rule would include any immigrant who receives 1 or more public health benefit, such as SNAP, CHIP, nonemergency Medicaid, and health insurance through the Affordable Care Act.

“In 2016, about 43.7 million immigrants lived in the United States,” wrote Jonathan Oberlander, PhD, professor of social medicine and health policy and management at the University of North Carolina Chapel Hill, and colleagues, in an article published in the New England Journal of Medicine. “If this rule takes effect, it will most likely harm the health of millions of people and undo decades of work by providers nationwide to increase access to medical care for immigrants and their families.”

As Dr Oberlander and colleagues go on to note, in 2016, nearly 6 million US-born children with a noncitizen parent participated in either Medicaid or CHIP. One million people in the United States could become uninsured.

In an interview with Medical Bag, one of the authors of the article, Hirokazu Yoshikawa, PhD, of the New York University Steinhardt School of Culture, Education and Human Development, offered some advice for physicians interested in getting involved in the conversation:

“Physicians can continue to push for their professional organizations to communicate the evidence of the likely effects of this proposed rule on important health outcomes like infant mortality and food insecurity,” he said. “They can post public comments during the public comment period. Guidance for how to do that will be provided on the website of the National Immigration Law Center.”