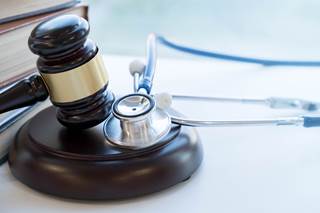 Legislation passed by the US House of Representatives in February 2018 threatens core clauses of the Americans with Disabilities Act.

Legislation passed by the US House of Representatives in February 2018 threatens core clauses of the Americans with Disabilities Act (ADA), per a perspective article published in the New England Journal of Medicine.

Title III of the ADA prohibits discrimination on the basis of disability in “places of public accommodation,” mandating that areas open to the public remain accessible to individuals with mobility impairments. In response to select examples of “abusive” ADA litigants repeatedly challenging businesses on “boilerplate” grounds, the US House of Representatives passed the ADA Education and Reform Act. The bill requires that ADA litigants “provide…a cure period” of at least 60 days for the offending accommodation to correct any Title III violations before filing a lawsuit. Such legislature, argues author Laura Rothstein, JD, of the University of Louisville Brandeis School of Law in Louisville, Kentucky, is an ineffective way of deterring “bad-faith litigants” and instead would oppress many legitimate efforts by individuals seeking proper recourse. Additionally, the bill would have no effect on state laws, some of which provide stricter ADA protection. “Vexatious litigation,” argued Ms Rothstein, could instead be discouraged by sanctioning lawyers who bring forth frivolous cases.

The ADA was created with the intent to balance the interests of Americans with disabilities with the providers of public accommodations, not to place undue financial burden on the latter.  In fact, Ms Rothstein argued, providers are overwhelmingly endowed to absorb any litigation costs, whereas individuals with disabilities have lower incomes and higher medical costs than most other Americans. Moreover, ADA compliance guidance is often readily available online at little cost to providers. Funds the bill plans to dispense for “education” during the cure period could instead be reallocated to cover technical assistance or training costs among public accommodation employees. Ms Rothstein also proposed tax incentives for small businesses to provide appropriate disability accommodations.

Ms Rothstein implored healthcare providers to consider the potential adverse effects of the Senate passing the bill and to explore additional ADA-related issues both in healthcare and affecting the nation at large. Physicians and nurses were once subject to federal disability discrimination, and only in 1990 did the ADA extend protection for employees with disabilities in healthcare. Per historical precedent, and from a healthcare standpoint, this news is highly salient to modern equity in medicine.