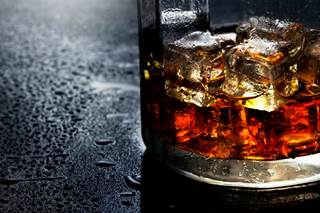 More restrictive alcohol policies may reduce alcohol-related crash fatalities at blood alcohol concentrations below the current legal limit for driving in the United States (0.08%), according to an article published in JAMA Internal Medicine.1

Timothy S. Naimi, MD, MPH, from the Section of General Internal Medicine, Boston University School of Medicine, Massachusetts, and colleagues conducted a repeated cross-sectional study of state alcohol policies from 1999 to 2014, examining those policies in the context of motor vehicle crash fatalities from 2000 to 2015. Dr Naimi and colleagues used alternating logistic regression models and generalized estimating equations to adjust for multiple deaths within 1 crash and of multiple crashes within individual states. The authors also investigated the effects of subgroups of policies, including both consumption policies, such as higher taxation or minimum drinking age, and driving policies, such as 0.08% blood alcohol concentration laws for adults and zero tolerance laws for young or inexperienced drivers. Subjects included 505,614 adult fatalities.

Between 2000 and 2015, 35.4% of crash fatalities were alcohol-related. More restrictive state policies were associated with lower odds of alcohol being involved in a fatal crash (adjusted odds ratio, 0.90; 95% CI, 0.89-0.91). More restrictive policies affected crash fatalities even at blood alcohol concentration levels from 0.00% to less than 0.08%. Consumption-oriented policies also proved protective, with an adjusted odds ratio of 0.97 (95% CI, 0.96-0.98).

In an invited commentary also published in JAMA Internal Medicine,2 Mark R. Rosekind, PhD, a former administrator of the National Highway Traffic Safety Administration, notes that in 2016, 37,461 individuals lost their lives in vehicular accidents in the United States; 28.0% of those deaths were alcohol-related. Of concern, the 2016 figures show an increase of 1.7% over 2015 for alcohol-related fatalities; this was the second year in a row with an increase in fatalities. He notes that the study by Dr Naimi and colleagues1 offers a significant contribution to "our understanding of the cumulative benefits associated with state alcohol policies."

In particular, he notes that the study showed that a 10 percentage point increase on the Alcohol Policy Scale, which measures restrictiveness of state policies, is associated with a 10 percentage point decrease in the odds that alcohol will be involved in a crash fatality, underscoring the importance of enacting more restrictive policies. Dr Rosekind also advocated for further research that goes beyond state policies to include countermeasures to reduce alcohol-impaired driving fatalities. These countermeasures include roadway design features, such as rumble strips, and vehicle technology, such as electronic stability control and the Driver Alcohol Detection System for Safety, which would prevent impaired drivers from operating the vehicle via breath and touch sensors.

Dr Rosekind also noted that the healthcare community, having eradicated a number of deadly diseases, should approach these alcohol-driven fatalities as a disease and launch a comprehensive, coordinated, and sustained effort to eliminate roadway deaths. Road to Zero is a coalition established to achieve this goal, representing more than 600 collaborating organizations. The coalition is including the Safe System approach, a design theory that looks to innovative roadway design and advanced vehicle technology to create a transportation system that accounts for human error to avoid serious injury and death.