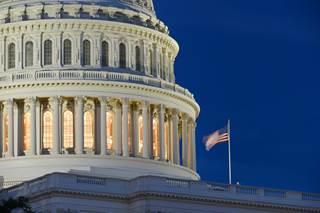 Despite their campaign against it, Republicans ultimately did not stop then-president Barack Obama from implementing the ACA’s major reforms.

Republicans who have fought against the Affordable Care Act (ACA) for years are at a crossroads after their opposition largely failed, according to a viewpoint published in the New England Journal of Medicine.

The staunch opposition to the ACA has benefitted Republicans as a whole, as it gave them a rallying point around several issues, including excessive spending, taxation, redistribution, regulation, and violation of individual liberty. It's likely that anti-ACA stances helped Republicans make gains in the US House of Representatives and Senate in 2010; it's even possible, according to author Jonathan Oberlander, PhD, of the University of North Carolina in Chapel Hill, that it contributed to the election of Donald Trump in 2016.

Despite their campaign against it, Republicans ultimately did not stop then-president Barack Obama from implementing the ACA's major reforms. Through the ACA, nearly 20 million Americans were able to access health insurance. With no replacement plan in place, Republicans' attempts to repeal the ACA eventually fizzled.

That is not to say that anti-ACA attitudes have had no effect: Since individual states play a central role in implementing the ACA, Republican-leaning states still have some clout. In 2012, a Supreme Court ruling rendered Medicaid expansion optional, and 17 states have rejected that expansion. This means that several million low-income Americans still lack health coverage.

As of today, the GOP is at a crossroads. Millions of Americans are insured under the ACA, and it will be difficult to take away their coverage. Since the Republicans control Congress, they have to handle issues related to the ACA. If they want to replace President Obama's system, they must come up with a workable solution. The Republicans have, for too long, noted Dr Oberlander, focused on repealing the ACA when they should have focused on fixing it.