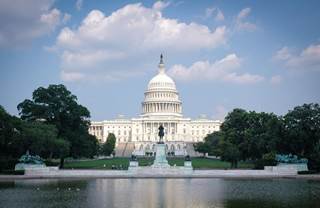 Currently, there are 10 physicians in the House and 3 in the Senate.

Despite physicians' desire and push for more representation in Congress, their numbers are on the decline.

This year, as many as 33 physicians have run against incumbents for their seats in Congress. Unfortunately, many have already lost in their primaries.3

Campaign strategists can teach physicians the skills they need to run a successful Congressional campaign, including fundraising, communications and social media, polling and research, legal requirements, grassroots organization, advertising, and how to work with a political party or committee.

Still, other skills are more difficult to teach. Physicians, who are so attuned to their scientific and analytical sensibilities, often have a difficult time grasping the complexities of campaigning.

With so many medical issues in the political sphere, from drug costs to the Affordable Care Act to Medicare, increasing the number of physicians in Congress could have a significant effect on healthcare law.

Physicians who are interested in running for Congress have resources available: since the 1970s, the American Medical Association (AMA) has run a school for prospective candidates. According to the bipartisan political action committee of the AMA (AMPAC), 4 current members of Congress are graduates of the AMPAC Candidate Workshop or campaign school.4 Interested applicants can find more information on their website.

Another group, 314 Action,5 is dedicated to getting more science, technology, engineering, and medicine (STEM) candidates elected to all public offices.

If physicians can find their way into Congress, they can offer a much-needed perspective on how healthcare legislation will look once enacted in the real world.