The FDA Has the Authority to Explain Drug Application Rejections or Approvals. They Should Use It. 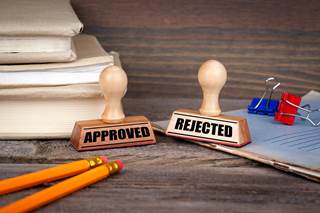 Improvements in FDA transparency are usually in response to new legislation or, in some cases, public interest litigation, but are rarely initiated by the agency itself.

Whereas legislation and regulatory changes may reinforce the US Food and Drug Administration's (FDA) authority to disclose clinical study reports and complete response letters when drugs have been rejected, abandoned, or withdrawn, the agency already has the ability within its governing laws to reveal to the public the reasons for its decisions to reject or approve drugs. The policy shift was highlighted in a recent opinion piece published in JAMA Internal Medicine.

Matthew Herder, JSM, LLM, of the Health Law Institute Department of Pharmacology at Dalhousie University in Halifax, Nova Scotia, Canada, noted that in January of 2018, Scott Gottlieb, Commissioner of the FDA, stated that, “the agency would ‘look for ways to be more forthcoming with the information' it holds ‘within the boundaries' of its governing laws.” Gottlieb announced that the agency would voluntarily publish clinical study reports prepared in support of new drug applications by companies. Gottlieb also announced plans to integrate clinical trial identifiers used by Clinicaltrials.gov and other registries, into FDA documentation.

Mr Herder called for greater transparency on the part of the FDA, noting that the agency typically claims its hands are tied when asked to explain why information is not made public. The FDA cited laws that preclude public disclosure of trade secrets and commercial confidential information. Mr Herder, however, suggested that the barrier to greater transparency lies within the FDA's interpretation of its governing laws rather than within the laws themselves.

Mr Herder pointed out that generally speaking, as a result of the 1966 Freedom of Information Act, documents held by a federal agency are subject to public disclosure unless the documents are specifically exempt from disclosure. Although regulations exempt safety and efficacy data contained in an investigational new drug application from disclosure, including data from individual participants in the trial, the regulations do allow for disclosure of summary safety and effectiveness data upon approval of a drug. Once a drug is abandoned by a company, rejected by the FDA, or withdrawn from the market, and all legal appeals have been exhausted, the underlying safety and efficacy data can be publicly disclosed on request.

The FDA enacted a more restrictive interpretation of its regulations in 1984 following the Congressional debate on the Hatch-Waxman Act. Regulations had always permitted companies to demonstrate that extraordinary circumstances required the agency to withhold information, including summary-level data as well as safety and effectiveness data pertaining to abandoned, rejected, or withdrawn new drug applications. At first, these requests were decided on a case-by-case basis. However, when asked to interpret the effect of the Hatch-Waxman Act, the FDA issued a blanket statement declaring that if data were regarded as being of commercial value, this would constitute the extraordinary circumstances necessary for nondisclosure to be met.

Mr Herder noted that improvements in FDA transparency are usually in response to new legislation or, in some cases, public interest litigation, but are rarely initiated by the agency itself. In conclusion, Mr Herder called for the FDA to act for the benefit of patients and public health.