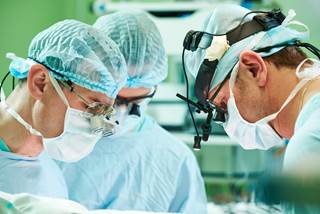 The placebo effect is a small, if inextricable, part of the physician's promise to help patients feel better.

This patient's surgery was just like any of the thousands the team had done before. The preoperative staff performed a battery of tests, shaved the surgical site, and promptly at 7:30 AM, wheeled the patient into the operating room. The anesthesiologist's dulcet tones and calming cocktail ushered the patient into a drug-induced slumber. The surgeon and her assistant wasted no time springing into action: within minutes, the patient was positioned, prepped, and draped. For almost 45 minutes after the first incision, the team expertly and methodically worked their way to the source of the problem, the reason they'd all gathered together in that cold, sterile room in the first place. At long last, the lead surgeon identified the pathology. She hesitated. "Should we take it out?" the assistant inquired cautiously. The surgeon looked up from her work and shrugged. "Nah. Let's not, and say we did."

More often than you might imagine, a sham surgery, in which the surgeon performs every the aspect of the operation except the step we think of as being therapeutically necessary, results in a positive outcome for the patient. And there are even cases in which sham surgeries and real surgeries have similar results. Surgery, it turns out, is subject to the placebo effect.

Talk of sham surgeries and placebo effects invariably triggers a lot of hand-wringing, brow-furrowing, and navel-gazing in the surgical community.1 It shouldn't. For one thing, placebo effects are present throughout various branches of medicine. Even though the process of setting up a sham surgery is much more involved than handing someone a sugar pill, the basis underlying the 2 interventions, the idea that there is therapeutic value in the mere belief that you have been treated, is fundamentally the same. And just as the occasional effectiveness of sugar pills doesn't invalidate the entire practice of pharmacology, positive outcomes after sham surgeries don't discredit clinical surgery. The placebo effect is simply a small, if inextricable, part of the physician's promise to help patients feel better.

For all the consternation surrounding placebo effects after sham surgeries, they're not all that well studied. The first reference to placebo effects in surgery pops up in the early 1960s, when researchers found that ligating the internal mammary artery did no more to control angina than not ligating the internal mammary artery.2 Since then, there have only been a few dozen studies formally comparing patient outcomes after real surgeries vs the sham surgeries. The most comprehensive meta-analysis identified 53 of these trials. The study found that the surgery did better than the placebo about half the time, and that the placebo group demonstrated noticeable improvement (as compared with no intervention) close to three-quarters of time.3 So, we have evidence that the placebo effect is reasonably prominent, but only in broad strokes. We don't have enough data to answer even the most basic questions about where, how, and why the placebo effect works.