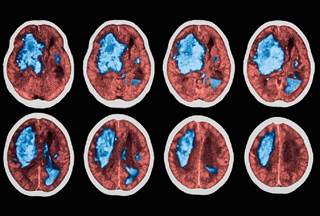 According to study results published in JAMA Neurology, extensive education has not improved response rates in either transient ischemic attack (TIA) or minor stroke across the United Kingdom.

Researchers set out to trace the impact of a UK public education campaign on patient response. The campaign attempted to bolster patient response to TIA and minor stroke. Data from more than 2200 patients were collected over more than 10 years. The researchers sought to measure the impact of the Face, Arm, Speech, Time (FAST) test, which formed the basis of the public education campaign for stroke symptom recognition.

Researchers noted that 5% of patients who experience either TIA or a minor stroke will experience a major stroke within the following 24 hours. Because patients often fail to recognize their symptoms, the FAST test was devised to educate the public on the dangerous symptoms of a stroke, and the televised FAST campaign was initiated broadly across the United Kingdom in 2009. According to the investigators, patient presentation for major stroke increased during this time. After the campaign began, nonemergency service use for major stroke saw a steep decline. The rate of emergency medical services use rose from 58.8% before the campaign was launched to 78.9% after launch. In addition, patients sought medical attention more quickly, with the percentage of patients presenting for treatment within 3 hours of symptoms rising after the campaign.

However, these numbers were not reflected for TIA or minor stroke. The percentage of patients who sought medical attention for TIA within 3 hours changed by only 2%. Additionally, the number of strokes that occurred following an initial TIA for which no medical attention was sought was unchanged. Patient delay and emergency medical services use for such cases were also not affected. Based on these data, researchers concluded that the FAST campaign in the United Kingdom did not have an impact on patient presentation for TIA and minor stroke.