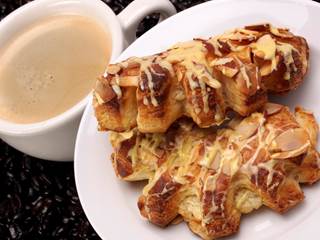 The memories of arduous training at a VA hospital come flooding back.

Every morning, we ravenously waited for the bear claws. The director of the VA would saunter by the residents' rooms and refresh the cardboard box with various pastries, Danishes, and bear claws.

Like zombies, our sleep-deprived bodies would communally aggregate in the corner and devour our prey: stacks and stacks of sugary pastries.

The VA was located conveniently in the middle of a food desert. The neighborhood was so crime-ridden, no delivery person would agree to drive up.

There was no cafeteria, so we ate bear claws, sometimes during a 36-hour shift for breakfast, lunch, and dinner, or as a late-night snack. The only abundance greater than sugar, of course, was fear.

As second-year residents, we ran the show by supervising a few interns and medical students and covering the entire hospital. We treated hundreds of sick veterans with every imaginable disease; more often, 5 or 6 of them at once. We had no backup; no support. The patients got sick and coded; they suffered almost every complication, but they never died. Veterans never died: they just got sicker.

It was 1 month out of a 3-year residency. The month that molded me into a doctor. On its completion, I had learned to stick a needle into almost any human crevice. I pounded on chest after chest during endless nights of CPR. I brought blood pressures up and took them down.

I admitted 20 new patients overnight, covered the intensive care unit, and still somehow had time to show up the next morning and get in line for the only breakfast that was going to present itself to me.

I still wake up in a cold sweat reliving those days. It's my most dreaded stress dream, next to being late for college finals. A month's experiences compressed and splayed out over a lifetime.

I will never be the same.

Since that rotation, there is nothing medicine has been able to hurl in my direction that I can't handle.

And the sight of bear claws makes me ill.