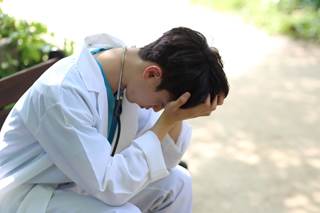 Compared with interns in other specialties, psychiatry interns had higher rates of current tobacco, alcohol, and cannabis use disorders.

Psychiatry interns reported greater exposure to violence during their medical studies, lower vitality, and increased substance use behavior, according to a study published in the Journal of Affective Disorders. Their motives for consumption are often linked to mental health problems, as psychiatry interns reported frequent engagement in psychotherapy and self-medication.

In this cross-sectional observational epidemiological study, researchers sought to explore whether psychiatry interns had a higher risk of mental health problems compared with interns in other specialties. Self-reported behaviors relating to mental health status and substance use disorders were analyzed for motives beyond pleasure or novelty seeking.

The study recruited 2165 medical interns from 35 French university medical centers: 302 in psychiatry and 1863 in other specialties. The mean age of participants was 25.9±2.8 years; 35% of participants were male. Data were collected using an online questionnaire administered between December 2016 and May 2017. The number of hours worked each week, relevant sociodemographic information, and quality of life scores using the SF12-v2 test were recorded. Alcohol Use Disorder Identification Test and Cannabis Abuse Screening Test were used to define substance abuse or dependence. Tobacco use, drug consumption, and psychiatric variables were also included in the report, as were the motives for psychostimulant consumption.

Compared with interns in other specialties, psychiatry interns had higher rates of current tobacco, alcohol, and cannabis use disorders. Interns in psychiatry were more likely to seek counseling by a psychiatrist or a psychologist, and consumed more antidepressant and anxiolytic drugs. They also reported higher exposure to sexual and physical assault during their medical studies and had reduced vitality scores.

One study limitation is that no causal link can be inferred by the results, due to the cross-sectional study design. Other limitations included self-reported data and the young mean age (25.9 years) of the interns, suggesting that their internship tenure was just starting.

The study investigators suggest that interns in psychiatry are the most vulnerable population among medical interns and should be targeted for prevention interventions of addictive behaviors and poor health outcomes.