Adverse Effects of Marijuana Use in Pregnancy: Current Research Is Questionable at Best 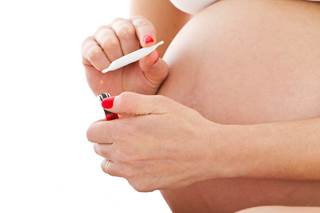 Between 2002 and 2014, self-reported marijuana use during pregnancy rose from 2.4% to 3.9%.1 Although the American College of Obstetricians and Gynecologists (ACOG) states that clinicians should advise women against using marijuana during pregnancy, many women are unconvinced of its potential harmful effects due to the lack of available evidence.

In an “Ideas and Opinions” article published in the Annals of Internal Medicine, researchers from Northern California Kaiser Permanente indicate that while some data suggest prenatal marijuana use is associated with a reduction in fetal growth and neurocognitive impairments, these data are based on studies with small sample sizes and limited follow-up.2

Rigorous clinical trials and retrospective studies that report not only the health risks of prenatal marijuana but also data on the mode of marijuana administration and trimester of use have done so to “provide findings with immediate clinical implications that could be actively disseminated to clinicians and patients,” the researchers noted.

According to the researchers, many pregnant women who use marijuana during pregnancy also report using another substance, making the study of marijuana's direct effects on neonatal outcomes difficult. Large retrospective studies of representative populations are needed, the researchers argue, in an effort to understand how marijuana exposure has an impact on the developing baby.

Electronic health record data from healthcare systems may lead the way in facilitating such analyses “because data from mothers and their offspring can be linked easily and membership retention of children in integrated health care delivery systems is quite high.” If studies demonstrate that adverse effects on neonatal outcomes are common with marijuana use, these findings hold the potential for substantially changing clinical practice.

“We believe it is critical that research on prenatal marijuana use and its effects on health not be exploited to penalize or stigmatize women, but instead be used to empower them to make informed decisions about marijuana use during pregnancy,” the researchers concluded.