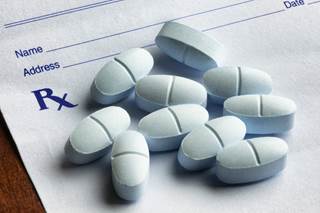 In a statement addressing the Agency's progress regarding the opioid crisis, the Food and Drug Administration (FDA) Commissioner Scott Gottlieb, MD, announced plans to withdraw the existing 2014 analgesic guidance document and replace it with something more "streamlined'.

The 2014 analgesic guidance provides recommendations for sponsors regarding drug development and trial designs. "That guidance [2014] typically called for a large number of studies to get a general chronic pain indication and may have been difficult to implement because it was so broad," said Dr Gottlieb. "Instead, we've determined that a more focused approach would streamline drug development in specific areas."

The new plan will break out the current guidance into 4 separate guidances. One will address drugs that can spare the use of opioids in the treatment of acute pain, 2) will outline the information the FDA will require manufacturers to provide regarding risks and benefits, 3) will outline a path for extended-release local anesthetics, and 4) will be a guidance to assist sponsors with the development of non-opioid medications.

The Agency expects to start issuing the guidance documents in the next 6 to 12 months. The Commissioner stated that the risks associated with illicit use will be explicitly considered when assessing risks and benefits for treatments intended for acute pain.

In the wide-reaching statement, Dr. Gottlieb reflected on past decisions, stating that, "Collectively, we didn't take all the steps we could, when we could, to stop the advance of this crisis [...] As a profession, providers were too liberal in our use of these drugs well past the point where there were signs of trouble, and the beginning of a crisis of addiction."

Additionally, he pointed to the steps already taken to quell the opioid crisis, including rationalizing prescriptions to lower rates and stepping up enforcement of illicit opioid sales. An IQVIA report of commercially available data shows that the number of opioids dispensed in the first 6 months of 2018 is down by >16% from 2017; the downward trend was evident since 2012.