Marijuana Use Linked to Decline in Cigarette, Alcohol Use in Adolescents 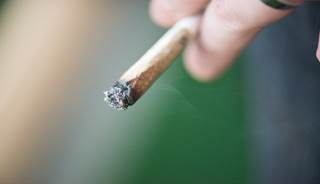 Adolescent marijuana prevalence would be at or near record highs if cigarette use had not declined since 2005 and the perceived risk of marijuana is associated with its use, according to a study published in Pediatrics.

Richard Miech, PhD, from the Institute for Social Research at the University of Michigan, led a team of researchers in analyzing the inverse connection between marijuana prevalence and perceived risk of use. They tested 2 hypotheses regarding the lack of increase in marijuana prevalence since 2005.

The first hypothesis points to the substantial decline in adolescent cigarette and alcohol use during the past decade that has brought their prevalence to historic lows. The second is how the perceived risk of harm now plays a smaller role in marijuana use.

Data were analyzed from the annual Monitoring the Future study, which uses self-administered questionnaires in school classrooms to survey US adolescents. Independent nationally representative samples of 8th, 10th, and 12th grade students were surveyed each year from 1991 to 2016. The cumulative sample size was 428,194 students in 8th grade, 392,195 in 10th grade, and 366,406 in 12th grade. Student response rates averaged 90%, 87%, and 83% in 8th, 10th, and 12th grades, respectively, for the combined time period of 1991 to 2016.

“In sum, the results support the first study hypothesis and show that expected increases in marijuana use since 2005 have been offset by a concurrent, marked decline in adolescent use of cigarettes and alcohol,” the authors concluded. “The results do not support the second study hypothesis that perceived risk of marijuana as an indicator of marijuana use has attenuated since 2005. In each grade, the association of these 2 variables did not significantly differ in 2016 as compared with 2005 and varied little in the intervening period.”