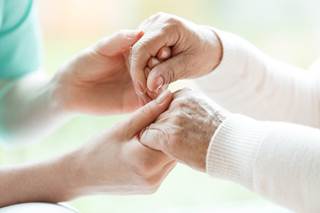 Studies show that body language is as accurate a reflection of a person's thoughts as the words they use.

I had the privilege of going to the National September 11 Memorial & Museum in New York City a couple of years ago. As you enter what feels like a sacred space, there is a sequence of photographs of people reacting to the smoking Twin Towers. The photos are of individuals of all races, ages, and ethnicity. In nearly every photo, the person staring up at the tower has a hand clasped over his or her mouth in shock. It was not until I saw that photo display that I appreciated that that particular expression of shock and dismay transcends all human differences — race, age, gender. There was something else, too: I did not need a verbal explanation to understand what those people were feeling.

It is December 2017. I live in Los Angeles, and we are in the middle of a firestorm of wildfires. When I opened the paper that morning the front page had several pictures showing the destruction, yet the photo that caught my attention was of a woman standing and looking at the flames. Her hand was clasped over her mouth.

Sometimes what someone says with body language is clear. However, sometimes it is not, and we need to do a little exploring.

Rebecca Saxe, PhD, is a cognitive neuroscientist in the department of Brain and Cognitive Sciences at MIT. She explains in a TED talk that beginning at approximately age 5 years we begin to learn to think about what another person is thinking. To do so, we follow cues and then put them into the context of the situation. Dr Saxe's work focuses on a specific small area of our brain, the right temporoparietal junction specifically tasked with figuring out what other people are thinking. The ability to process this information is based not on body language but on an understanding of circumstances. Her work is far more nuanced than I give credit here, but in an oversimplified explanation, it gives credence to the saying, “I know what you are thinking,” in part because we know what we'd be thinking in that instance.

Recently I was part of a family meeting in a patient's hospital room. Maria had repeated hospitalizations for complications from her cancer and cancer treatment. She was on the precipice of complications from her treatment outweighing the possible benefits, and it was time to review her current medical situation. One look at her and it seemed obvious that, at least for the moment, she was not a candidate for more chemo.

Maria's physician sat close to the head of the bed to discuss the situation with her. He was clearly engaged, nodding his head at all of the right times and genuinely focused on her. Sam, her husband, sat on the window seat.  He was not in the doctor's visual field, though he was in mine.

“If we can get your labs to improve we may be able to re-start the chemo.” The doctor said.

Maria nodded and he nodded back. Body language from the doctor relayed confidence and compassion. Body language from Maria indicated trust. However, I noticed that Sam frowned during the explanation; his eyes squinted as if there was too much light. I watched as he crossed his arms and fidgeted on the seat.

What I sensed from his body language was that he was uncomfortable.

What I thought he was thinking was that the idea of more chemo did not make sense.

When the doctor stood, finished with his interaction, Sam stood up politely and extended his hand. “Thank you, doctor.”  But I did not want to ignore what I had seen pass on his face. It was incongruent with the nodding head of his wife and the doctor.

“Sam, do you have a question?”  I asked. He shook his head. I know many patients and families are reluctant to question the physician, worried it will undermine the doctor-patient relationship.

I hesitated for a moment. If Sam was willing to appear to agree, should I question that? But I could not un-see his reaction. I nudged him forward because asking for clarity is important. If someone says something I don't understand, I will ask what he or she meant; however, I do not always ask for clarity of nonverbal communication.

“It's just that I noticed your face when [the doctor] mentioned the re-start of chemo,” I said, “and I wasn't sure if there was something you didn't understand.”

“Well, there is one thing.” Sam rubbed his hand across his face, “I wondered what would happen if we decided not to do more chemo?”

What role do body language and the information about right temporoparietal junction have in the setting of oncology? Studies show that body language is as accurate a reflection of our thoughts as the words we use. Think of the patient or family member who insists, “I'm doing great. I can handle it.”  They tell us they are fine when it is obvious they are not. But, it isn't just their body language that we interpret. We contextualize what they are saying and filter it through that part of our brain tasked with thinking about what others think. We may choose to take the words at face value, worried that it is presumptive or intrusive to question what they say, as if it would push them to a place they are not comfortable going. Yet clarity is essential.

There are other times when instead of noticing body language or what I think someone is thinking, I focus on what I myself am thinking. I focus on what I need to teach or explain and may ignore nonverbal cues to concentrate on tasks. Those are the times I miss the shouts of nonverbal messaging and the insight of considering what the person is thinking. Since health care decisions are such a personal choice, there are times I put aside exploring what I believe a patient or family member is thinking.

The meeting with Maria and Sam was not unusual. The atmosphere was open and the doctor readily engaged with Maria. If I were sitting in a different chair, I would have missed seeing Sam's reaction. Alternatively, I might have decided to wait until later to ask Sam what questions he had. Nurses serve as translators of medical information. We have learned to read body language and we have learned to take into consideration what others are thinking.

The dynamic of care in the hospital is not always conducive to extended conversations, yet the best time to address questions and prevent misinformation is in the moment. Communication challenges abound in oncology care. As nurses, we are the health care provider most inclined to help make sense of what otherwise does not make sense at all. When we aren't certain, we need to clarify by asking “what are you thinking?” or “I noticed you frowned, what's going on?” We must be the one to communicate when there are no words.