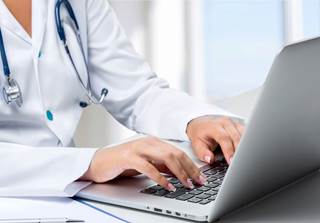 Implementation of an electronic medical record (EMR) default opioid prescription of 10 tablets of 5 mg oxycodone/325 mg acetaminophen (Oxy/APAP) at discharge from the emergency department (ED) may be associated with an increased percentage of prescriptions for 10 tablets, compared with having no default number, according to the results of a recent study published in the Journal of General Internal Medicine.

To evaluate the impact of an EMR intervention that provided a default prescription of 10 Oxy/APAP tablets, researchers evaluated weekly prescribing patterns for those tablets for 4 weeks before and 4 weeks after default implementation at 2 Pennsylvania EDs in 2015.1

In an editorial on improving healthcare delivery and behavior, change in EMR system default tablet prescription, along with other similar interventions, were described as “nudges.” Mitesh Patel, MD, MBA, and colleagues from the Penn Medicine Nudge Unit, suggested that, “as more health care decisions are made within digital environments where they can be witnessed and their context can easily be reshaped, nudging opportunities expand.”2