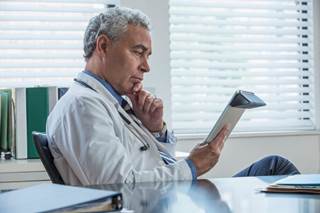 I'm talking about the (in)famous press conference in which he declared that there are known knowns, known unknowns, and unknown unknowns.

If the whole "happily retired Secretary of Defense" thing doesn't work out, maybe Donald Rumsfeld should think about becoming a physician.

I'm (a little bit) serious. I'm sure he'll be remembered for a lot of things, but it increasingly seems that 1 of his lasting contributions will have been popularizing an extremely useful framework for discussing how physicians, and many others, organize knowledge.

I'm talking, of course, about the (in)famous press conference in which he declared that there are known knowns, known unknowns, and unknown unknowns, the latter of which pose the most nefarious threat to our best-laid plans. Rumsfeld didn't devise this concept or its many corollaries, but he is responsible for stating it with a clarity that makes its applicability to medicine obvious.

Known knowns are the easiest, or at least the most straightforward. They're solid, definite facts: anatomy we memorized years ago, data about the patient or his or her symptoms, the steps for performing a basic operation, and so on. A lot of these are the kinds of things we learned in medical school and residency, and when we talk about inculcating a culture of lifelong learning, we're often referring to keeping this level of knowledge current.

Known unknowns can be a little bit trickier, if only because acknowledging them requires us to concede that there's something we don't know, and just try getting your surgeon to admit that. We start developing a facility with these sorts of problems early in residency, when we realize the importance of asking for help when something is novel or over our head.

Learning how to manage known unknowns has only become more relevant as various pressures have encouraged our physicians to become more and more specialized, deepening not only our specific expertise but also our silos. This shift in the way we train physicians has necessarily expanded the universe of things that we know that we don't know.

Unknown unknowns should be the scariest, but the reality is that we're too often oblivious to their existence. They are problems that seem to come not "out of left field," but from a different planet altogether. To the intern who ordered the fatal pethidine for Libby Zion, medication interactions were an unknown unknown. To NASA, the Challenger shuttle explosion was triggered by a series of unknown unknowns. The list goes on and on.

We can't see them coming, so we don't. And what's worse is that their impact is exacerbated by our own complacency: As we work to put more known knowns in our toolbox, we build elaborate systems to mitigate the potential harm of known unknowns; however, unknown unknowns continue to surround us, unseen and unaccounted for, right up until the moment 1 of our patients gets hurt.

So what can we do? Sadly, as Rumsfeld will tell you, there's no easy answer. But, as with so many other things in medicine, I think the solution starts with us and the way we approach our jobs each day. We're never going to be able to know everything, but maybe by remaining open to the possibility that we're mistaken, seeking the advice of a wide range of colleagues and actively working to make patient care a team sport, we can shrink that universe of unknown unknowns, if only a little bit.