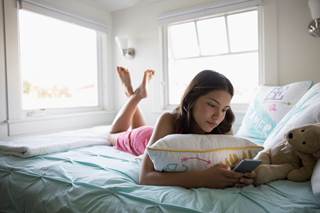 These results indicate an association between adolescent engagement in digital media activities and subsequent ADHD symptoms.

Study data published in JAMA suggest an association between high frequency of digital media use and symptoms of attention-deficit/hyperactivity disorder (ADHD) among adolescents.

Baseline and 6-, 12-, 18-, and 24-month follow-up surveys were administered to a cohort of students across 10 high schools in Los Angeles, California. Baseline surveys were conducted when participants were in 10th grade, and follow-up concluded when participants were in 12th grade. Surveys captured self-reported digital media use and frequency of 18 ADHD symptoms, including 9 inattentive symptoms and 9 hyperactive-impulsive symptoms. If students responded “often” or “very often” to 6 or more symptoms of ADHD, they were classified as ADHD symptom positive.