Is It Ethical to Defer to Families When Choosing Not to Disclose Pediatric Incurable Diseases? 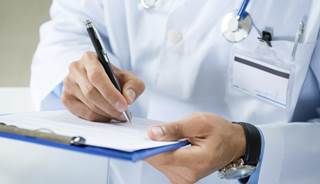 Balancing obligations of respect for individual patient autonomy, professional truthfulness, and tolerance of multicultural or community traditions poses an increasing challenge to healthcare professionals, according to a review published in JAMA Pediatrics. This may be particularly difficult in the setting of incurable pediatric illness.

An ethical analysis was conducted of a hypothetical case study of a Middle Eastern adolescent patient with incurable cancer brought to the United States for specialized treatment. During initial conversations, an uncle identified himself as the family decision maker and requested that the teenager not be informed of the incurable nature of her disease.

However, protecting a child from distressing information is common to both Western and Middle Eastern medical approaches. Although cultural relativism requires a high degree of tolerance of cultural differences, it does not assume that all individuals within a particular culture share the same values, nor does it insist that clinicians surrender their own codes of conduct.

Recognizing shared, universal values may be an alternative way to negotiate cultural differences. Identifying individual family needs, values, and reasons behind a request to withhold information from the patient should be explored. To avoid or lessen conflict, expectations should be set respectfully and early in the relationship. A willingness to share, listen, and compromise is essential to patient- and family-centered care.