Characteristics of Neighborhoods May Be Correlated With Childhood Obesity 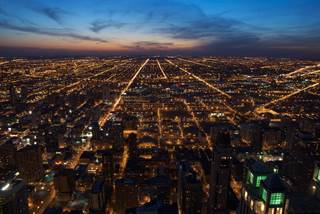 Childhood obesity rates in Arkansas are among the highest in the United States, and Arkansas became the first state to institute a BMI screening program for public school children.

The contextual characteristics of children's neighborhoods appear to be associated with spatial patterns of obesity throughout neighborhoods, according to a study published in JAMA Network Open. This association was not detected among census block groups of smaller size.

The mean age of children in this study was 132±39 months, and the ethnic makeup of the cohort was 65% white, 21% black, 10% Hispanic, 2% Asian, and 2% other ethnicity. The group was 49% girls. Data were collected starting in the 2003 to 2004 school year through the 2014 to 2015 school years. Spatial dependency with childhood obesity was calculated at 2 degrees of spatial profiles using spatial autoregressive moving average models for given panel data. These data were examined for 6 months from 2017 to 2018.

The study researchers conclude that "[because] block groups are smaller than tracts, children in neighboring block groups were more likely to attend the same schools and interact through neighborhood play. Thus, geographic-based social networks were more likely to span block group boundaries. The lack of evidence of spatial autocorrelation in block group–level models suggests that social contagion may be less important than differences in neighborhood context across space."