Are Significant Resources Being Allocated to Elective Cases During Surgical Humanitarian Efforts? 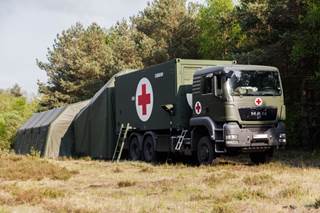 Injured patients received most of the procedures, but significant resources are also committed to noninjury and elective conditions.

HealthDay News — Humanitarian surgical care (HSC) has been provided to local national civilians during the Afghanistan conflict, with 49.3% of patients treated for non-war-related (NWR) conditions, according to a research letter published online in JAMA Surgery.

Data were collected from January 1, 2002, to March 21, 2013, for noncombatant local national patients older than 15 years who underwent at least 1 surgical procedure in military treatment facilities. Patient subgroups were examined according to their war-related (WR) or NWR classification.

The researchers found that 5786 local national civilians underwent 9428 surgical procedures during the study period, accounting for 37,121 inpatient days. Overall, 80.9% of patients were male and 49.3% were treated for NWR conditions.

Patients with NWR conditions were older, had shorter lengths of stay, fewer procedures, lower blood transfusion requirements, and lower in-hospital mortality than patients with WR injuries. Overall, 38.7% of NWR patients underwent elective or noninjury procedures; most presentations were due to injury.

"Injured patients received most of the procedures, which is consistent with the high burden of trauma in low- and middle-income countries," the authors write. "This report also shows the significant resources committed to noninjury and elective conditions."