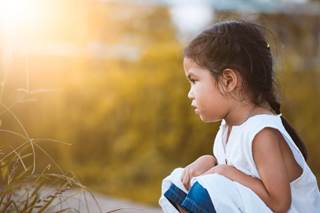 Children of migrant workers who are separated from their parents have worse outcomes for overall health and well-being.

Strong initiatives are needed to improve the health and well-being of children of migrant workers worldwide, according to an article published in the Bulletin of the World Health Organization.

The problem is particularly acute in China, which has seen the largest internal migration in history, with a total of 274 million rural-to-urban migrants in 2014. As a result, between 2010 and 2014, nearly 25% of the country's children, including 61 million rural children, were left behind by their parents.

Migrants often leave their children behind because of a lack of affordable childcare and education near the parents' place of employment. China's Hukou system, a nationwide household registration system that denies most rural children from accessing urban education and health care, only aggravates these problems.

The researchers note that suicide rates among rural Chinese youth are 3 times higher than the rates among youth in China's urban centers. Children left behind in China are at increased risk for insecurity, depression, and anxiety and are 60% more likely to consider suicide than children living with their parents. Lack of adequate training for village doctors and teachers also impedes early detection of health problems and satisfactory care.

China has initiated key programs in the past 2 years aimed at providing better health services for children left behind. The National Mental Health Work Plan intends to establish psychological counseling rooms in all schools and to increase recognition of the importance of psychological well-being. Establishing a medical system built on a strong base of primary care and prevention services has become a top government priority.

However, the authors argue that without strong initiatives and decisive actions, children will continue to be left behind not only by their parents, but also by the very institutions meant to safeguard their well-being.