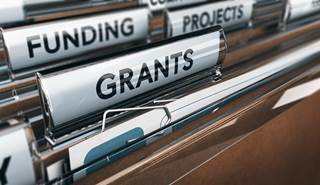 Government agencies and industry provide the majority of funding for review articles studying recommendation topics from the USPSTF.

Government agencies and industry provide most of the funding for review articles studying recommendation topics from the US Preventive Services Task Force (USPSTF), according to a research letter published in JAMA.

Researchers assessed each review article for funding sources acknowledged in the article's text, categorizing funding sources as government, industry, nonprofit or university, or unknown. Further, the researchers sought to assess the frequency of specific government agencies and organizations in their funding for the review studies.

Approximately 79% of all review articles acknowledged 1 or more funding source, with government agencies comprising a slight majority of these sources (56%). Nonprofit organizations or universities and industry were primary funding sources for 32% and 17% of studies, respectively. In regard to the relationship between funding sources and USPSTF recommendation topics, government funding provided the majority of funding for studies focused on behavioral counseling for sexually transmitted infections (91%). Comparatively, industry was responsible for funding 75% of studies focused on chlamydia and gonorrhea screening.


Funders from the United States comprised up to 39% of funding sources among the total research articles. Approximately 25% of funding came from the National Institutes of Health (NIH) whereas 3% of funding came from the United Kingdom's Medical Research Council, followed by 2% of funding from the US Centers for Disease Control and Prevention. In addition, Australia's National Health and Medical Research Council, the United Kingdom's National Institute for Health Research Health Services and Delivery Research program, and The Netherlands Organisation for Health Research and Development each contributed 2% of total funding.

Limitations of the study include the lack of information available regarding funders for research studies vs research articles as well as the lack of funding data on funding sources for approximately 20% of reviewed articles.

The finding that government agencies provided the majority of funding for review articles “is important because physicians may view certain funders (ie, industry) as less credible than others (ie, NIH).”