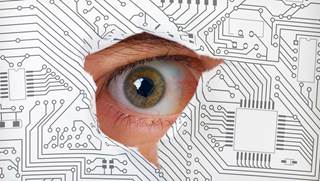 The Centers for Medicare & Medicaid Services (CMS) announced on January 14, 2014 that it will respond to Freedom of Information Act requests for data concerning Medicare reimbursements to physicians. The agency stated that it will guard the privacy of patients, and weigh private and public interests, while providing disclosures on a case-by-case basis. This new policy will take effect mid-March 2014. In an effort to make Medicare payments more transparent to the public, the government will launch a website later this year where it will not only post payments, but also gifts that physicians receive from drug and medical device companies. They are also expanding the CMS Physician Compare website to include information on quality of care as it relates to group practices.

This is the culmination of a long-time dispute regarding public versus private information that dates back to the 1970s when an injunction was put in place. However, at that time, it was felt that there were violations concerning the Privacy Act. Fast forward to May 2013, and US District Judge Marcia Howard, who lifted the previous injunction.

The American Medical Association (AMA) fought to uphold the injunction. Medical societies are against this action, citing that payment data can be misinterpreted. A letter signed by the AMA and various medical societies asked that safeguards be adopted to protect portions of the data from misuse. One of the biggest concerns is that patients may not receive a balanced view of a practitioner's Medicare reimbursement because they are not seeing the costs of what it takes to run and/or maintain a practice. This could cause negative implications in doctor-patient relationships. In addition, these groups fear that releasing Medicare payment data could make physicians targets of unsolicited marketing attempts and/or criminal activity.

On the flipside, watchdog groups and the Dow Jones have indicated that greater transparency would lend itself to cleanup of abuses and fraud within Medicare. The Society of Professional Journalists, the Council for Affordable Health Coverage, and the Center for Public Integrity believe that medical practices, like any business that receives federal monies, are not entitled to privileged privacy. This coalition requested the creation of a public database of Medicare reimbursement data for general public use. There has been no indication that such a public database is being developed yet.

The policy change has already led to published statistics on Medicare spending, utilization, quality, and performance data, available at www.healthdata.gov. The CMS has stated that they "intend to consider the importance of protecting physicians' privacy and ensuring the accuracy of any data released," as well as "appropriate protections to limit potential misuse of the information." Words such as "consider the importance" lend themselves to a conservative approach being applied. As it stands right now, it looks as though physicians will have to wait and see how it all plays out.