How to Prepare Your Medical Practice for MACRA 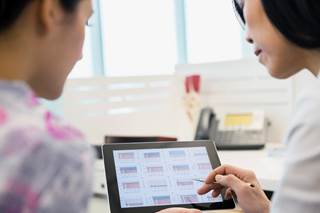 Rates will continue to increase gradually through the reporting year 2020, when providers can earn bonuses of up to 9%.

The reimbursement model for physicians changed dramatically in 2015 when the Centers for Medicare and Medicaid Services passed the Medicare Access and CHIP Reauthorization Act (MACRA). This reform is the culmination of CMS' slow but consistent movement away from fee-for-service payments and toward quality-based reimbursement.

Under MACRA, physicians earn scores and get paid (or lose bonuses) based on either the Merit-based Incentive Payment System (MIPS) or an alternative payment model. Physicians who bill at least $30,000 annually in Medicare fees and provide care to more than 100 Medicare patients must provide data to CMS by March 31, 2018. Providers will be reimbursed based on their scores, earning from negative 4% up to a 4% incentive payment in 2019. Rates will continue to increase gradually through the reporting year 2020, when providers can earn bonuses of up to 9%.

The categories under which providers will be measured under MACRA are quality, advancing care information (formerly known as Meaningful Use), clinical improvements, and use of resources.

In 2017, physicians have 4 reporting options:

A penalty in 2019 is relatively simple to avoid as long as physicians do not completely forget the program. Physicians will receive 3 points for just completing and submitting 1 quality measure this year.

Charles Saunders, MD, CEO of Integra Connect, of West Palm Beach, Florida, explained the 3 main considerations to move forward with MACRA. Doctors will need to modernize their electronic medical record (EMR) systems; have the analytical capability to measure their quality and cost performance so they can improve in the coming years; and augment infrastructure to increase control over quality and cost of their patients by providing care coordination, management, and individualized care plans.

One area to that requires particular attention is investments physicians need to make in their staff. Some groups, Saunders said, will need to fund positions such as a medical director, care managers, and navigators, IT professionals, or others to assist with reporting. “I'm finding that most practices don't have these things,” he said.

A second major cause for concern for most physicians is their EMR system. For nephrologists, in particular, a lot of EMRs do not support quality measures that would allow them to report for MIPS, said Tom Lee, founder and CEO of Chicago-based SA Ignite. Many of the major systems prioritize measurements used by primary care providers and larger specialties, he said.

Even if physicians have a good EMR system, errors can still creep in, Saunders said. They should not always take the findings of data pulls from encounter notes at face value, for example. Urologists may show a 40% compliance rate in a particular area like providing hormonal therapy for a patient with prostate cancer, even though they know it should be higher. If the compliance data are buried in a narrative note or lab document or is misspelled, it may not be captured in the data query.

Physicians who have a capable EMR may still need to have staff who can do a quality analysis using manual extractions to find the gaps and improve data quality.

There is not a lot of wiggle room to make improvements in the current MACRA reporting year, but by understanding the program, physicians can improve their score in subsequent years, Lee said. For instance, they can greatly increase their score by choosing a measure that can be benchmarked (a list of these is published on the CMS website www.cms.gov). Benchmarked statistics include hemoglobin A1c control for diabetics and documentation of medication in a patient's medical record.

Saunders said the cost of preparing for MIPS will vary dramatically depending upon the size of the practice and where physicians are starting in the process. According to a recent study by the Medical Group Management Association, for some offices, it can add up to about $40,000 per physician annually. That would include costs like changing or updating EMRs, other infrastructure improvements, and hiring staff such as nurse navigators. The rewards, particularly in the first year, will not come close to covering those costs. In the following years, particularly when the rewards can hit 9%, physicians could begin to see a return on their investment.

For instance, SA Ignite estimates that urologists earning about $400,000 a year could lose $16,000 the first year and up to $36,000 annually for performance year 2020. This depends on the amount of Medicare payments received and how they score on the measures. If they achieve the maximum possible of 37% in 2020, the reward would be approximately $148,000.

“As it goes upward in future years you are talking about some real money,” Saunders said. “If they have the opportunity to do an alternative payment model, they should be doing it. Our modeling indicates that larger practices can make several million if they perform really well.”

Physicians also should keep in mind how MACRA might affect their reputation. In addition to being reimbursed based on their ability to meet quality measures, they will receive a publicly available score.

“Health care shopping sites have never had access to such a wealth of data,” Lee said. “Those who don't report earn a 0 and it is hard to reverse that once you have a bad score – maybe harder on you than a year of bad reimbursements.”