Many Industry Payments to Dermatology Guideline Authors Not Fully Disclosed 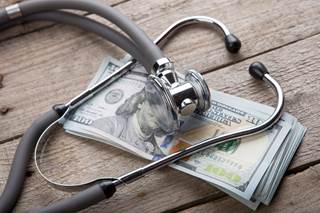 Several inconsistencies were observed in the extent to which the American Academy of Dermatology enforced their regulations for guideline development.

Many authors of dermatology clinical practice guidelines receive sizable industry payments and do not fully disclose them, according to data published in JAMA Dermatology.

Researchers from the Center for Health Sciences at Oklahoma State University in Tulsa conducted a cross-sectional study that included 49 authors of 3 guidelines published between 2013 and 2016 to determine the extent of potential financial conflicts of interest.

The researchers evaluated payments received by the authors, compared the disclosure statements for accuracy, and examined whether the American Academy of Dermatology enforced their Administrative Regulations for the development of clinical guidelines.

The investigators found that 22 of the 40 authors who received payments did not accurately disclose their industry relationships. In addition, several inconsistencies were observed in the extent to which the American Academy of Dermatology enforced their regulations for guideline development. More than 70% of authors received industry payment, which exceeds the 51% maximum stated in the regulations.

The study authors noted that these findings raise concerns about potential financial conflicts of interest in the guideline development process. “Changes are recommended for panel composition, disclosure policies, and development practices to promote transparency and minimize bias resulting from industry [financial conflicts of interest],” they concluded.