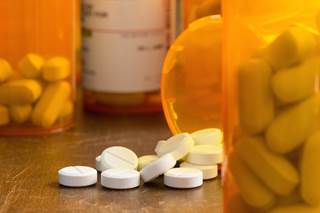 Findings suggest that opioid manufacturers should stop marketing to physicians in an effort to reduce opioid prescription rates.

HealthDay News — Receipt of opioid-related payments from industry in 2014 was associated with increased opioid prescribing in 2015, according to a research letter published online May 14 in JAMA Internal Medicine.

Scott E. Hadland, M.D., M.P.H., from the Boston Medical Center, and colleagues examined the extent to which pharmaceutical industry marketing of opioid products to physicians during 2014 correlated with opioid prescribing in 2015. Data were obtained on all transfers of value from pharmaceutical companies to physicians from the Open Payments database; data on opioid prescribing were extracted from the Medicare Part D Opioid Prescriber Summary File in 2015.

"Amidst national efforts to curb the overprescribing of opioids, our findings suggest that manufacturers should consider a voluntary decrease or complete cessation of marketing to physicians," the authors write. "Federal and state governments should also consider legal limits on the number and amount of payments."