Rising Number of Medical Students Graduating Debt-Free: What Does It Mean? 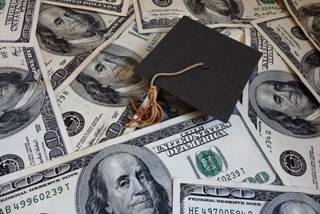 The 6 specialties that have the highest increase of graduates without debt are radiology, dermatology, neurology, obstetrics and gynecology, ophthalmology, and pathology.

The proportion of medical students graduating without debt is increasing while scholarship funding is declining, suggesting a high concentration of students with wealthy backgrounds, according to a new analysis published in JAMA Internal Medicine.

After observing an increase in students graduating without any debt, Justin Grischkan, BA, and Benjamin P. George, MD, MPH, and colleagues gathered data from the 2010-2016 Association of American Medical Colleges Graduation Questionnaire, focusing on data regarding self-reported medical education debt.

In addition, among those graduating without debt, the mean amount of scholarship funding is declining, going from $135,186 in 2010 to $52,718 in 2016. Although the increase in student loan debt is a well-known issue, the study offers some new findings:

Although there is no clear association between proportions of graduates without debt in specialties and the income typical of those specialties, the researchers conclude that it does seem that specialty choice and indebtedness are linked and that "we need to begin to examine second-order debt effects and, in particular, its distribution across specialties."