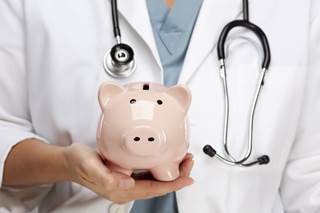 According to this article, there was an increase in the number of PCPs who reported that the financial state of their practices was better than a year ago.

HealthDay News -- Based on an article in Medical Economics, the financial outlook for most primary care practices is improving, with some exceptions.

In general, American College of Physicians members who have started making the transition to alternative payment models are better off than those operating solely on a fee-for-service basis. In addition, the Affordable Care Act provision that raised Medicaid's reimbursement rates to the same level as Medicare in 2013 and 2014 is likely to have aided primary care practice finances.

Although many primary care physicians report seeing more patients, most practices are not yet seeing an increase in their income.

"Primary care physicians' attitudes about their financial situation may be based as much on emotion as dollars and cents," according to the report. "After a long period of neglect, primary care physicians are starting to feel valued again, thanks to the new emphasis on teamwork and patient outcomes in emerging payment models."