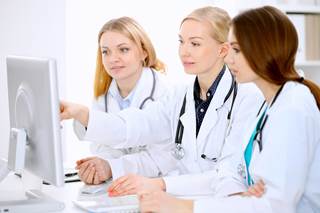 A study suggests that female physicians use fewer codes than their male counterparts, resulting in a reimbursement gap.

Tejas Desai, MD, has heard varying explanations for the pay difference between women and men in medicine over the years. These include women physicians not seeing as many patients, are not as productive or have less seniority than their male counterparts.

But none of these reasons were palatable to him. He looked at the research that had been done in this area, and most of it was based on surveys, which are subjective and do not capture enough data. So when he found out Medicare was going to do a data dump, he decided to analyze it to see if he could find a better explanation.

“Medicare is blind,” he said. “If you do a procedure, it will pay this much — there's no ambiguity about it. There is not some troll in the back office looking at names provided on bills saying, ‘You sound like a woman, I'm going to pay you less.'”

His study, published online in the Postgraduate Medical Journal, found women made an overall differential of $18,677 in Medicare reimbursements. This occurred even when the numbers were adjusted for things like productivity, experience level, and number of patients. Two specialties had no major difference, and, among the other 11 specialities in the study, the greatest differential — $16,668 — was in nephrology.

“What we are trying to figure out is whether the pay inequality is due to something intrinsic to the way they practice or to the system they are in,” said Dr Desai, a nephrologist at the W.G. (Bill) Hefner VA Medical Center in Salisbury, North Carolina. “There has to be some other explanation than those we always hear.”

If the typically cited variables like productivity and hours worked are excluded, Dr Desai said that likely leaves a single major explanation of the differences in reimbursement. “I think female providers are billing differently than male providers,” he said.

He said there was no other literature showing this, but the issue could be that men just code higher than women, or there is some inherent difference in the way they are coding.

A 2014 Nerd Wallet study also found that men make more money per patient treated but they also perform more services per patient than women do. This has played out in other research as well.

It is known that men tend to provide more services per visit than women physicians, but Dr Desai said he accounted for this in his study. He posits that male doctors code more. He used as an example a patient who goes to the doctor for a cold and receives an upper respiratory examination. A male doctor codes that he looked into both ears and both nostrils, while the female doctor would only code that she looked into one of each.

“She would get reimbursed less even though she provided the same services,” he said.

Nuria Pastor-Soler, MD, an associate professor at the Keck School of Medicine at the University of Southern California in Los Angeles, and president-elect of Women in Nephrology, said the study shows that something is happening between a clinical visit and how that consultation is presented to the insurance companies.

“Definitely the results are provocative, but is not a definitive study of why there is a problem with reimbursement,” Dr Pastor-Soler said. “It needs to be looked at particularly with the understanding that in many situations reimbursement is tied to compensation.”

Dr Pastor-Soler said there are a few explanations that might make sense for the disparity. One possibility is that a particular cohort of women is not coding correctly. Another is that some women do not have a support system that helps them code higher. And third, women are being given less complex patients.

An easily addressable solution is to improve the coding support system. She has worked at jobs, for instance, where coders will come to her and say she should not be billing so highly for a service or that she should have included an examination that was left out.

“Physicians are very objective … but if they have more supportive coders backing them, they may get higher reimbursements,” she said.

Groups might also be wise to audit providers to see if this rings true in their organization. If there are physicians who are not getting fully reimbursed for their work, they can train or get more help for those groups, Dr Pastor-Soler said.

Dr Desai is planning additional research in this area, but was glad to see that women may not necessarily need to be working longer hours, increasing patient loads, and skipping vacation to get paid equally.

“They need to focus on something no one has talked about — coding practices and accuracy,” he said.