Equal Pay for Equal Work: How To Address the Wage Gap Among Female Physicians 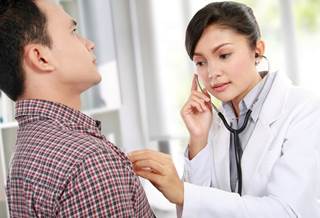 This report discusses some things female physicians should be aware about when addressing the gap in income compared to their male colleagues.

HealthDay News -- According to a report published in Medical Economics, female physicians can address the gender wage disparity by first understanding the reasons behind it.

While noting that male doctors take home $12,000 more per year, within the same specialty and after adjustment for working hours and seniority, the authors provide suggestions to address this disparity.

According to the report, there are several factors that cause women to earn less. Women need to become better negotiators, asking for promotions or for more money, although they generally do not feel comfortable doing so. Women have a relative lack of confidence compared with their male peers, underestimating their value and ability. Women doctors shouldn't rule out higher-paying specialties and/or private practice, which they often do due to the time commitment involved.

Male doctors tend to see more patients and provide more services per patient; women can increase their billable hours and their services-to-patient ratios by finding ways to balance patient care and income. Finally, women should lobby for more transparency in income data and engage in peer networking, which could reduce the pay gap.

"Women -- in medicine as in other fields -- leave money on the table for a variety of reasons, often as they attempt to prioritize home and family, and make compatible career choices," according to the article. "Choosing to prioritize your family shouldn't disadvantage you in negotiations. Under-valuing your worth is always short-sighted."