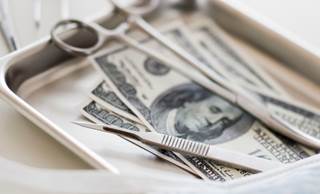 Red flags for embezzlement include a "check ambush", whereby an employee asks physicians to sign a stack of checks during a busy time of day.

HealthDay News — Embezzlement is widespread among medical practices, and knowing the warning signs is helpful for preventing it, according to an article published in Medical Economics.

Theft and embezzlement are widespread, amounting to $25 billion in annual losses for medical practices. A Medical Group Management Association survey in 2009 found that 83% of practice administrators had been associated with a practice with employee theft or embezzlement. In addition, embezzlement can remain undetected for long periods.

Red flags for embezzlement include an employee becoming secretive about his or her work; sudden displays of wealth; an indispensable employee who often works late, doesn't want to share tasks, and refuses to take vacations; and a check ambush, whereby an employee asks physicians to sign a stack of checks at a busy time of day.

Embezzlers tend to fit a specific profile; they are often women with no criminal history who have worked their way up through the practice. Embezzlement often starts small and then increases if the initial theft remains undetected. Many practices settle matters through an attorney, as they fear the negative publicity.

"It's happening every single day. People just aren't catching it and aren't taking the time to look for it," Reed Tinsley, CPA, who specializes in working with physicians and medical practices, said in the article.