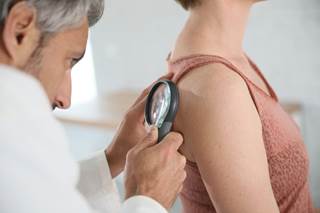 Dermatologists receive variations in nature and amount of payments from pharmaceutical companies, with the top 1% receiving at least $93,622.

HealthDay News -- According to a study published in an issue of JAMA Dermatology, dermatologists receive considerable payments, with variations in nature and amounts of payments, from primarily the pharmaceutical industry.

Hao Feng, MD, from the New York University School of Medicine in New York City, and colleagues conducted a retrospective review using the Centers for Medicare and Medicaid Services Sunshine Act Open Payment database to examine the nature and extent of industry payments to dermatologists.

Further, 83% of payment entries were for food and drink, but these accounted for 13% of the total amount of payments. Overall, 69.8% of the total payment amount comprised of speaker fees, consulting fees and research payments (31.7, 21.6 and 16.5%, respectively). The top 15 companies, which were all pharmaceutical manufacturers, paid $28.7 million to dermatologists, representing 81% of the total disbursement.

"Ultimately, the impact of financial disclosure from industry to dermatologists, and physicians in general, remains to be seen," the authors write. "Further investigations examining the impact on clinician behavior, outcomes of clinical care and patient perception are merited."