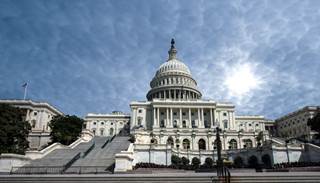 A new bill aimed specifically at limiting medical liability was passed by Congress on March 1, 2017.

Medical liability is one of the most troubling issues in medicine today, resulting in a heavy burden of patient mortality and injury, while at the same time placing heavy financial burdens on medical practitioners and insurance providers, leading to limited patient access to the highest quality care.

In recent months, after many years of debate about the reform of existing medical liability laws, 2 new bills have been introduced in the US Congress:

A 2011 study of medical malpractice lawsuits across 25 specialties reported that 1 in 4 US physicians is sued each year.1 During the study period from 1991 to 2005, 7.4% of the 40,916 physicians studied were faced with a malpractice suit, of which 78% did not result in a claims payout.

Predictably, high-risk surgical specialties and obstetrics/gynecology were associated with the highest risk of claims (80% and 74%, respectively, compared with 55% for internal medicine); however, the study found that these were not always the specialties in which the most claims were reported or in which the highest payouts occurred.1

The most recent and highly regarded of these analyses was performed by Makary and Daniel from Johns Hopkins University in Baltimore,4 who estimated that in excess of 250,000 preventable deaths occur annually.

According to a National Conference of State Legislatures (NCSL) summary brief on healthcare cost-containment strategies for medical malpractice reform,5 overall costs for medical liability in the United States (including payouts, legal and administrative costs, and additional defensive medical practices) range from $55.6 to $200 billion annually, accounting for 2.4% to 10% of all healthcare spending.5

Page 1 of 2
Recommended for you