Board Certification Exams: Worth the Expense? 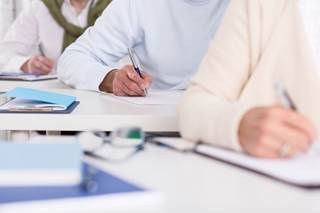 Certification exams fees contributed to approximately 87.7% of the revenue and 21.3% of the expenses of ABMS member boards.

While the intention behind maintenance of certification (MOC) requirements from member boards of the American Board of Medical Specialties (ABMS) is to ensure that physicians stay current in their specialty in order to provide the best care to their patients, physicians are voicing concerns about the potential value of the certification examinations, as well as the significant cost of the tests themselves.

To assess the economic impact of examination fees on both physicians and ABMS member boards, researchers investigated the fees charged to physicians for certification examinations, as well as the revenue and expenditures reported by the boards.  As described in a research letter published in JAMA, the authors gathered fee structures for initial certification and MOC via published websites of the 24 ABMS member boards.

MOC fees were compared by averaging the costs over a 10-year period, coinciding with the usual time period required for recertification by the ABMS.  Recent Internal Revenue Services (IRS) tax documents, as well as those from the prior 10 years, were obtained for each board obtained.

The authors of the study found that the overall revenue of ABMS member boards significantly exceeded their expenditures in FY 2013 resulting in an average annual growth rate of 10.4% over the 10 years assessed by this study. As board certification exams pose a significant financial burden to physicians, more research would help to ascertain their contribution to meaningful quality improvement processes and for regulating physician quality standards.