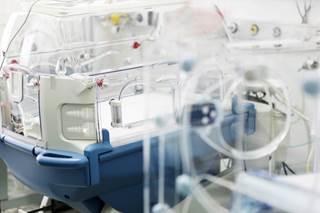 The Texas Supreme Court ruled that a physician's belief in a premature infant’s viability is sufficient to allow resuscitation, regardless of parental wishes.

There is an old adage in legal circles: hard cases make bad law. It's unavoidable. Judges aren't allowed to put their own personal spin on every law they encounter. Instead, they have to follow what other judges have done in the past. Lawyers like to use fancy Latin terms to describe this arrangement, but the basic idea is that judges have to follow the precedent set by earlier decisions, especially ones that come from higher courts.

This system is a good one, but is very much dependent on higher court judges making clear and correct interpretations. But judges, even those in appeals courts who write decisions that other judges must follow, can only make those interpretations in the context of a single particular case with a single particular set of facts. Sometimes those facts are so unique or extreme or outrageous that a judge finds herself compelled to bend the interpretation of law to reach something like a satisfying resolution. The judge's interpretation will hopefully — at the very least — deliver justice to the victim in the case, but risks leaving other judges with a set of guidelines that aren't necessarily clear or correct. This opens up the possibility that justice might not be served in the many other cases that are bound by that interpretation. Hard cases make bad law.

The decision whether to resuscitate an extremely premature newborn is the quintessential hard case. Currently, this question is governed by a patchwork of state laws that impose very different limitations on physicians based largely on arbitrary geographic differences. This really shouldn't be the case. Thought leaders in this area are more or less in general agreement as to the appropriate guidelines for managing preterm infants. Roughly speaking, most agree with pursuing comfort care at 22 weeks of gestation, full resuscitation at 25 weeks of gestation, and full evaluation of the infant's condition and subsequent discussion with the parents at any time in between.1 There is certainly debate about optimal approaches, but there aren't huge schisms in the literature about if and when these infants should be resuscitated.


Yet, in many cases, there are wide gaps between the evidence-based recommendations and what is allowed by law. The most extreme case is in Texas, where case law — the precedents that other judges in the state are obligated to follow — permits the resuscitation of a premature infant that the physician judges to be potentially viable, even if the parents have explicitly refused consent for intervention. It's a classic example of a hard case and bad law.

Here's what happened2: a patient was approximately 23 weeks pregnant when she began to experience premature labor. Neonatology staff started tocolytic drugs, but then diagnosed the mother with a life-threatening infection and decided to induce labor instead. The parents were informed that the infant was unlikely to be delivered alive, but if she were, she would likely have a litany of debilitating conditions, including cerebral palsy, intracranial hemorrhage, and pulmonary infections, among many others.

In consultation with their medical team, the parents decided to “let nature take its course” and refused consent for any attempt to treat the infant after delivery. The medical team had not planned to have a neonatologist attend the child's birth, but a hospital administrator announced that hospital rules required the resuscitation of any baby weighing more than 500 g. That claim ultimately turned out to be false — no such rule existed — but the physicians were genuinely under the impression that they were bound by this policy.

A few hours later, a 615-g baby girl was delivered. She was limp, blue, and bradycardic, but she gasped for air and cried spontaneously. The neonatal fellow in attendance immediately placed the baby on a ventilator and transferred her to the neonatal intensive care unit, where at some point during the next few days she had a massive brain hemorrhage. At the time of the trial, 7 years later, the child was still alive, but could not walk, talk, sit up, or feed herself, and had seizures, quadraparesis, and mental retardation. A jury found that the child had been resuscitated against her parents' wishes and without their consent, and that the hospital was responsible for her injuries. The family was awarded close to $60 million in actual and punitive damages.

However, the Texas Supreme Court didn't see things that way.3 It concluded that, under emergent circumstances — defined as situations where death is likely to result without immediate intervention — a physician may initiate resuscitation of a neonate, despite parental objections, provided the physician believes that the infant is potentially viable.5 As a result, the jury's verdict was overturned.

It's hard to know whether the sheer size of the jury award, the physician's legitimate belief that they were constrained by hospital policy, or something else altogether drove the court's final decision. What is clear is that the assessment made by the neonatal fellow played a critical role in the court's evaluation. At the original trial, the fellow testified that the child had a “reasonable chance of living,” that she would “not necessarily have problems later on,” and could conceivably “go on and do well.” This assessment was sharply at odds with the best evidence available at the time, which indicated that about 15% of 23-week neonates survived to the age of 6 months, and only 2% of those did so without significant intracranial abnormalities.4 Taken together with the parents' explicit refusal to consent to any sort of intervention, it's difficult to dispute that the fellow's assessment and plan deviated significantly from well-established best practices.

However, none of this mattered. Because the Texas Supreme Court is an appeals court, the facts of the case were examined as they were presented to the original court. This meant that the fellow's approach was assumed into evidence, even though it bore little or no relation to the standard of care. When the court ruled that a physician's belief in the infant's viability is sufficient to allow resuscitation, there was no stipulation that that belief be medically justified. Because of all this, Texas physicians have almost unbounded permission to resuscitate any infant who they believe to be viable, regardless of what the evidence may say about the matter. In other states, physicians are granted less discretion, although precisely how much less depends in large part on the specifics of case law in each particular state. Meanwhile, physicians are left to traverse the fraught territory between evidence-based guidelines and state-based regulations on neonatal resuscitation. It's not easy — bad law makes hard cases.