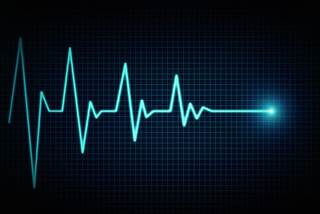 Those who support patients’ right to request assisted suicide suggest that terminally ill patients wish to avoid intense suffering in their last months of life.

Assisted suicide for patients with terminal or nonterminal illnesses who are also severely mentally ill is a controversial topic in medicine, particularly with regard to how these patients are evaluated in their decision-making capacity.

Research published in The British Journal of Psychiatry examined the criteria currently used to assess decision-making capacity for assisted suicide, including the patient's ability to comprehend relevant information, the ability to understand the disorder and its consequences, the ability to reason regarding treatment options, and the ability to communicate the choice.

Critics of the decision-making capacity assessment suggest that greater stringency is needed to determine whether the patient is competent in making his or her own medical decisions. A request for assisted suicide, according to some critics, may be an indicator that the patient lacks decision-making capacity, particularly among those who have a severe mental illness. The argument poses an ethical dilemma for both patients and their caregivers, but the authors suggest that the wishes of those with terminal illness should be respected, as the mere request does not always indicate decision-making incompetence.

Supporters of patients' right to assisted suicide requests suggest that terminally ill patients wish to avoid intense pain in the last months of their life, thereby justifying the autonomous capability of patients to make their own medical decisions. However, many will argue that the time spent alive and in severe distress in the terminally ill will be short in duration and may be dulled with therapeutic agents.

In some cases where wish stability must be demonstrated prior to granting an assisted suicide request, long-term assessments for this stability may interfere with decision-making capacity assessments, especially in patients in whom dementia or other mental health disorders that eventually interfere with cognition and rational thinking are developing rapidly.

Although the complexity of decision-making capacity evaluations is apparent, it has been suggested that these assessments should be straightforward and feature a higher standard for request justification. According to the authors, a physician who tries to “prevent a patient who is mentally competent from accessing assisted suicide is adopting an over-paternalistic stance that is contrary to the more general emphasis on autonomy in biomedical ethics.”