Point and Counterpoint: Ethics and Legality of Pediatric Euthanasia 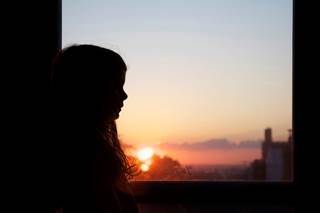 The topic of pediatric euthanasia raises the same difficult questions that physicians have always struggled with.

Although physician-assisted suicide has been legalized in 5 states and Washington, DC, no state allows euthanasia, in which the physician has an active role in expediting the patient's death rather than simply providing the patient with the means to do so.1 In both Belgium and the Netherlands, euthanasia was legalized for adults in 2002.2

In 2005, the Netherlands began to allow euthanasia for neonates with a hopeless prognosis; in 2014, Belgium extended the right to terminally ill minors in similar circumstances. Each of these developments has stoked the debate surrounding euthanasia for pediatric patients, with numerous articles exploring ethical issues pertaining to the topic.

Some experts, including Brian S. Carter, MD, the Sirridge Professor of Medical Humanities and Bioethics and a professor of neonatology and fetal health at the University of Missouri-Kansas City School of Medicine, have proposed that palliative care should generally suffice for pediatric patients in extreme pain, and thus euthanasia need not be an option.2,3

To further explore the topic, Medical Bag interviewed each of these experts.

Medical Bag: What are some of the main points of debate around the issue of pediatric euthanasia?

Dr Carter: Children rely on their parents to protect, nourish, nurture, and care for them when they are ill. Unlike adults, children generally do not seek euthanasia or physician aid in dying, although at times their parents may want to bring about a rapid end to their perceived suffering. When this arises, it is the clinician's responsibility to probe and inquire as to the origins of this request. Do parents see their child as suffering, or are the parents themselves suffering and wanting things to end? Has there been good management of pain and symptoms? Psycho-social-spiritual support? Support through an existential crisis? Help in coping? Or are they alone, bereft of true understanding and support?

When clinicians or family members claim there is “unbearable pain and suffering,” what do they mean? There is no standard, objective measure of this — rather, children's sense of suffering that is unbearable may be influenced by what parents have taught them or suggested as a threshold. This is not to minimize the child's voice, especially when she is giving her “uncoached” opinion about her pain and any sense of suffering.

As half of all childhood deaths occur before the first birthday, there is no way to ascertain the notion of suffering in an infant. Pain, yes. Difficulty breathing, seizures, feeding problems — all may be ascertained by physiologic and behavioral signs, but not suffering.

One needs to consider the far-reaching consequences of implementing euthanasia in children, such as a dissolution of trust, a slippery slope of what constitutes a sufficient rationale for euthanasia, and a reliance, ultimately, on nurses to carry out such orders. There is evidence of these considerations occurring over the past 30-plus years of euthanasia for adults in the Netherlands and Belgium.

Dr Hanson: The countries that have legalized active euthanasia for pediatric patients have already legalized active euthanasia for adults. Thus, the question that the issue raises is whether there is any important difference between adult and pediatric patients that is morally relevant. At least 2 pop up fairly quickly: adult euthanasia at least normally involves the patient's autonomous request, and the patient's own values determine when suffering is too burdensome for them. Neither of these is fully available in pediatric cases, ranging from “not at all” in cases of infants to “quite a bit but still not completely” in older adolescents. So, the main arguments for adult euthanasia are not available for pediatric euthanasia.

However, this isn't actually anything new. All pediatric decisions, including decisions to withhold or withdraw life-sustaining treatment, as well as decisions to continue such treatment, are made without the patient's fully autonomous consent and without the patient's adult value set helping to guide decisions. Thus, pediatric euthanasia doesn't raise some new never-before-seen questions; it raises the same difficult questions we've always struggled with, in a different context for minors.

Medical Bag: What are the top takeaways from your paper?

Dr Carter: In general, euthanasia or physician aid in dying is contrary to the historical ethos of medicine: do no harm. In countries where it is allowed, there is a longstanding cultural acceptance of euthanasia and a seeming primacy in medical training to not let your patient suffer, as this would be a bad reflection on you as a physician, [according to] personal communication with a Dutch pediatrician.

Such actions may be rarely justified in extreme cases where an autonomous, informed, and capable adult speaks to his condition — consistently, across time and context, with numerous others. This individual should be free from depression or other interfering or incapacitating influences. Children simply cannot foresee their futures and understand the ramifications of their decisions in the same manner. Certain adolescents with chronic or life-threatening illness may have sufficient insights or be sufficiently informed to refuse treatments, but not to seek aid in dying.

Pediatric palliative care also needs to be in place and robustly offered before clinicians resort to euthanasia.

Medical Bag: What should be next steps in this area to move this discussion forward, or otherwise?

Dr Carter: First, expand and normalize pediatric palliative care services in all children's hospitals in a robust and mature, interdisciplinary manner. Address matters of concern for children's pain and symptom management, and psycho-social-spiritual support for parents, children, and grandparents. Also, educate the public on the distinctions in pediatric medicine: children are vulnerable and need advocates to protect them, and child health care always relies on adult surrogate decision makers, generally parents, who societies have broadly, over extended history, charged with seeking the child's best interests.

Dr Hanson: Moving the conversation forward will take recognition that the issues raised are issues of pediatric ethics, not euthanasia ethics. If there are ways that we can make life-altering or life-ending decisions in hard pediatric cases now — which there are, for example, through the American Academy of Pediatrics5 guidelines — then we may well be able to use those same methods, with equal expectation that they are accurately applied, in pediatric euthanasia. Again, this argument only applies to countries that have legalized it for adults.

I don't believe this will mean much for the United States, as what various states have legalized is physician assisted suicide, which requires a competent patient to obtain and then fill a prescription and take that medicine herself. Various professional and legal barriers prevent this even for mature minors.