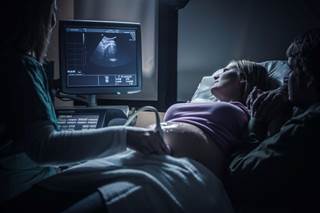 The Trump administration has proposed an expansion of religious liberties for health care providers who object to performing abortions or providing contraceptives.

We have long understood conscientious objection as an act of valor. No matter your politics, it takes serious chutzpah to look the government in the eye and say ”no,” especially when the cost of a principled stance is personal ignominy, professional ruin, or imprisonment. It's “don't tread on me,” but with a moralistic spin. We need more people with this level of ethical fortitude, not fewer.

I consider it a stroke of utter genius that the powers that be have managed to appropriate the idea of conscientious objection and create a positive association with the refusal by health professionals to perform abortions, provide contraception, or otherwise fully commit to the protection of female reproductive health.

This issue cropped up again recently, after the Trump administration announced that it intends to expand the protection of religious freedoms of healthcare workers,1 which set off a fresh round of media stories describing dissenting physicians as conscientious objectors.2,3 But words matter. Applying the label “conscientious objector” to doctors who are unwilling to look past personal beliefs and heed the standard of care paints their stance as unimpeachable. Spoiler: It's not — and it doesn't even have all that much in common with conscientious objection.

Let's start with what is similar. Whether or not I think it's appropriate, the decision not to provide certain types of health care in accordance with religious teachings is, without a doubt, a kind of principled position. Being forced to weather constant criticism from people like me isn't even the half of it. The larger issue is that — all things being equal — I'm certain that these physicians would prefer not to brazenly defy their patients' wishes. Because the edicts of their faith are unyielding, however, they believe that their hands are tied.

The difference is that these physicians still have options; true conscientious objectors do not. In a military context, the idea of conscientious objection is most commonly raised when armed service is compelled by a draft. In those situations, the objector has no recourse — the person either complies or gets hauled into court. There's nothing that the dissenter could have done (besides violate his or her morals) to avoid the situation. The same can't be said for obstetricians/gynecologists who won't provide patients with contraception. Nobody is ever actually forced to become a physician, and those who do become physicians are certainly not forced to do so under the pains and penalties of criminal prosecution. More to the point, when young physicians are choosing a specialty, nobody is coerced into pursuing gynecology or obstetrics. Those who do pursue the profession with clear eyes, full hearts, and an understanding of what their vocation demands.

The other defining characteristic of a conscientious objector is that his or her actions tend to come at a personal cost. Going back to the military context, failure to comply with a conscription order is followed fairly quickly by legal sanctions, up to and including imprisonment. In the United States healthcare system — and certainly in other less secular nations — there's no real threat of sanctions over a failure to provide services required by an obstetrician/gynecologist.4 Objecting physicians are asked to refer patients to a colleague who is willing to provide the needed services,5 but there isn't really an effective mechanism for enforcing this requirement. Instead, the burden of this denial of service falls on women whose health is endangered by delay of care, and who are forced to accept extra financial cost and stress while navigating the referral network.6

Millions of women have done the math and concluded that this cost, however steep, is worth paying in defense of their own autonomy. Patient autonomy is widely recognized as one of the bedrock principles of medical ethics, the basic idea being that patients have the near-absolute right to direct their own medical care. There's no room for the religious beliefs of the provider.

As a safeguard of autonomy, the concept of referral is woefully inadequate. There are countless instances of doctors refusing to refer, making an inappropriate referral to an antichoice “counseling” agency, or even delaying the referral until it's too late for an abortion.7 On top of that, it's not even clear that the notion of referrals is logically coherent. Conscientious objection allowances exist precisely because some physicians hold a set of supposedly inviolable beliefs — yet the associated referral requirements demand that those same doctors put aside their convictions and facilitate the provision of the very care that they objected to in the first place.

Because of all that, the objecting physician can easily find himself or herself trapped between the devil and the deep blue sea. It's an unenviable position, to be sure, but there's really only one way to resolve the dissonance between personal beliefs and professional obligations: remembering that physicians take an oath pledging fealty to patients' health, not their own belief systems. Our responsibility is to our patients.