Psychiatric Genetic Testing May Be Beneficial for Some Minors 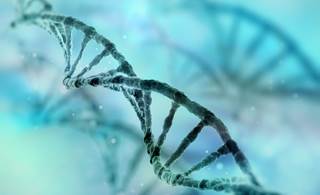 Decisions about psychiatric genetic testing in minors should be context-dependent and should focus on the needs of the individual.

Predictive psychiatric genetic testing may be appropriate for some minors who are at risk for specific psychiatric conditions, but nonmedical benefits and harms must be considered, according to an article published in the Journal of Bioethical Inquiry.

Arianna Manzini, MSc, PhD candidate, from Warneford Hospital, University of Oxford, United Kingdom, and Danya Vears, PhD, from the University of Leuven, Belgium, identify 5 nonmedical themes that affect the decision to implement predictive genetic testing for psychiatric conditions and discuss whether or not such testing should be incorporated into standard clinical practice.

The first of these themes is the psychological effect of testing on the minor and his or her family. For the child or adolescent, results from the test may cause psychological distress and anxiety or affect relationships with friends and family. However, when there is a strong family history of a psychiatric disorder, test results may reduce anxiety or help prevent the development of the disorder.

Another argument against genetic testing in minors is that children and adolescents should be given the opportunity to decide for themselves whether they want to know their genetic information. The authors note that it should depend on the maturity of the individual concerned.

Some clinicians have also expressed concern that biomedical measures that aim to prevent psychiatric diseases could eliminate certain valuable traits from society, such as sensitivity and creativity, and some have concerns about a resurgence of eugenics. But these arguments overlook the empowerment that genetic knowledge may provide for some minors.

The final area of concern is discrimination, particularly with regard to employment and health insurance. Although laws, policies, and guidelines exist that prohibit genetic discrimination, the authors note that other mechanisms should be developed to protect individuals from discrimination.

The authors conclude that issues relating to predictive testing in minors are very culturally and environmentally specific. Decisions should be context-dependent and should focus on the needs of the individual.