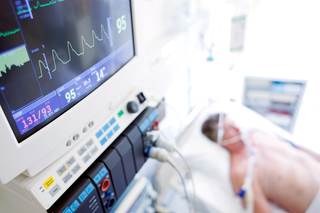 The rapidly evolving field of cancer therapeutics often plays a role in practice variability among physicians.

A shared-decision making model should be used to guide physicians who assume care for critically ill patients who already have care plans in place.

In a case study and commentary published in the AMA Journal of Ethics, investigators from the Yale University School of Medicine discussed the issues related to practice variations in end-of-life care, and how these variations may affect patient outcomes as well as perceived treatment satisfaction of patient family members.

The case study presented focuses on a 65-year-old man with stage IV non-small cell lung cancer and subsequent treatment with palliative chemotherapy and radiation. As the disease progressed, the patient became critically ill and was admitted to an intensive care unit (ICU) with pneumonia-related septic shock and acute respiratory distress syndrome. The patient's wife had previously discussed care goals with the attending physician, Dr T; however, Dr T recently handed off patient responsibilities to Dr B, who had a limited history of interaction with the patient and his caregivers. When Dr B assumed the patient's care, he had concerns with the previously discussed care plan (ie, terminal extubation).

According to the investigators, the rapidly evolving field of cancer therapeutics often plays a role in the variability in approach among practice physicians, and this variability can often lead to conflicts in care if patient responsibilities are shifted from physician to physician. The driving forces behind these variations may be related to personality, cognitive biases, and the personal beliefs of individual physicians. Patients are often aware of these variations, as many often seek a second opinion to determine whether or not the initial diagnosis or treatment plan is consistent across care. A second physician's decisions may involve their own moral objections, including those related to patient autonomy and beneficence.

“We should embrace and invite differing perspectives from our peers and encourage dialogue about critical decisions at transfers of care,” the researchers wrote, “neither yielding to inappropriate clinical momentum nor unnecessarily derailing care plans that are thoughtful, supported by available data, and appropriately communicated to patients and families.”