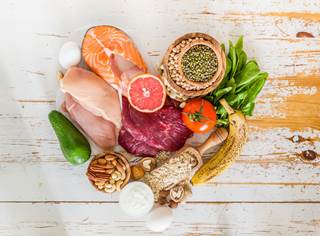 Investigators with strong beliefs about diet should not hesitate to disclose them.

There is a greater need for transparency in nutritional science with regard to conflicts of interest that present bias toward a specific organization, industry, or dietary behavior, according to an editorial published in JAMA.

John P.A. Ioannidis, MD, DSc, and John F. Trepanowski, PhD, of Stanford University in California, note that financial conflicts of interest in nutritional science arise in many direct and indirect ways. Sponsorships from food companies are glaring examples of direct conflicts of interest that may influence the interpretation of study findings.

Conversely, indirect conflict of interests can be presented by the researchers themselves, some of whom set out to prove a strongly held opinion about a particular dietary behavior. These investigators may then report their findings in a book or other publication designed to provide the public with dietary advice, thereby bringing a substantial, yet indirect, conflict of interest into the picture.

Often referred to as “allegiance bias,” this form of bias is not uncommon in science, regardless of the discipline.

The investigators suggest that nutrition researchers should disclose their dietary preferences and the relevance of these preferences in their reported findings. Original research articles, opinion pieces, and systematic reviews are 3 of the common types of articles in which financial and personal disclosures should be reported in nutritional research.

According to the investigators, visibility of these direct and indirect conflicts of interest is essential for the fair advancement of nutritional understanding. Press releases, media coverage, and social media communication that clearly display any and all disclosures in nutritional science reporting may be imperative for helping the public develop a more critical evaluation of the literature.

Overall, the availability of disclosures reported in nutritional research “would allow readers to be either more skeptical or more inspired (depending on how they view the presented evidence and arguments).”