Can Chaplains Guide Clinical Decision Making? An Ethical Assessment of Spirituality in the Exam Room 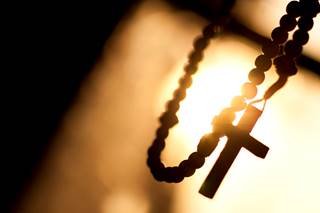 A chaplain has the ability to participate in difficult clinical conversations and ameliorate conflict.

Medical teams that are willing to engage with and be informed by patients' religious worldviews are able to make clinical decisions more effectively. The chaplain-physician relationship is explored in a personal narrative piece published in the AMA Journal of Ethics.

Rabbi Harris described the hypothetical case of an infant newly diagnosed with a fatal, incurable condition. The parents invite their rabbi to the hospital to assist in decision making, per Jewish religious law. The parents do not wish to “prolong suffering”; the rabbi, however, is committed to pursuing treatment and extending the infant's life. The presence of the rabbi makes it difficult for the medical team to act in the best interest of the family, as they are unable to discern which beliefs are the parents' own and which are influenced by the rabbi. Additionally, the parents have a relationship with the rabbi and may feel pressure to adopt his decision model lest they be blamed for choosing the wrong option. Such a dynamic is common and unproductive, Rabbi Harris wrote.

The presence of a chaplain can also aid decision making when the family and its chosen religious counsel are aligned. Rabbi Harris illustrated a further scenario in which the parents wish to prolong their child's treatment even without possibility for recovery. In this situation, the parents enlist their religious counsel as their advocate and otherwise remove themselves from the clinical discussion. In this situation, the medical team may feel morally conflicted, particularly if they cannot reason directly with the parents. A chaplain, Rabbi Harris wrote, could educate the medical team about the cultural nuances behind the parents' decision. Such a discussion could assuage the team's “moral distress” and help clinicians understand and accept the family's reasoning.

The modern hospital houses the intersection of many cultures, religions, and influences. A hospital chaplain, Rabbi Harris concluded, can illuminate these intersections and foster productive discussions between patients, family members, and practitioners.