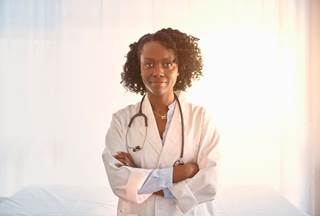 Rock Health, a venture fund for digital health startups, released their annual survey of more than 600 women working in the health care field. Spurred by movements like #MeToo and #TimesUp, women's issues have come to the forefront across a wide array of disciplines. Rock Health had more survey respondents in 2018 than ever before. From gender equity to workplace bullying, here are 4 highlights from this year's research.

Ms Tecco's team received many responses from women describing their experiences working with other women who tried undermining them.

“The stories about woman-on-woman bullying really caught me off guard,” said Ms Tecco. “It's already hard enough being a woman in the healthcare workforce, we need to — as one respondent put it — ‘lift as we climb.'”

Although this kind of bullying still exists in workplaces, it is also true that having a mentor or sponsor who is a woman results in a significantly higher company culture rating — more so than having a male mentor.

Race is a significant factor.

Ms Tecco's team asked women to name the biggest obstacles they face to advancing their careers. Most women listed “underselling their skills” as the biggest barrier; however, African American women overwhelmingly (86%) said “race.”

“Diversity is not only about gender but race as well,” noted one of the respondents in the report. “Being an African American woman in a male-dominated field is doubly hard and stressful.”

Progress is happening, but slowly.

More than half of women surveyed think that it will take upward of 25 years before we see true gender equity in the workplace. This has increased by 10% from last year. However, fewer respondents this year believe we will never see gender parity in our lifetime.

Research shows that the percentage of women executives at hospitals, on Fortune 500 healthcare executive teams, and at digital health startups has remained the same for years.

“Women are underrepresented in the C-suite because we are still facing a severe disadvantage,” said one respondent. “Femininity is looked at as a problem and a barrier to being an effective leader. Being female doesn't fit with the preconceived notions of what a senior executive should be.”