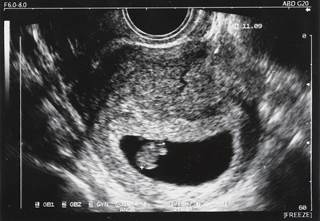 Even if a DNA test truly has 99% accuracy, there is always room for error.

In 2014, the curious case of Staci Chapman's pregnancy made a brief media splash.1

Ms Chapman was nearing the end of her first trimester when her obstetrician called with the news that the blood test Ms Chapman took the previous week had come back positive for a fetal chromosomal abnormality. The test, MaterniT21 PLUS1, boasted a "99% detection rate" and suggested that Ms Chapman's fetus was afflicted with Trisomy 18 (Edwards' syndrome).2 Trisomy 18, as Ms Chapman's obstetrician well knew, is bad news, a condition resulting in a constellation of heart defects, intellectual disabilities, and nervous system abnormalities that most physicians are intellectually aware of but spend their careers trying desperately to forget.

Fewer than 10% of babies born with Trisomy 18 live to see their first birthday. There's no cure, and there was no real hope of discovering a cure any time soon, much less before Ms Chapman's due date. After talking with her physician, Ms Chapman saw only one reasonable course of action: she wanted to immediately terminate the pregnancy.

The diagnosis that shattered Ms Chapman's world came in right around the time that the utility of test results for congenital syndromes such as Trisomy 18 was being called into question.3 Close to a decade earlier, obstetricians and other reproductive health professionals began offering first trimester patients noninvasive tests advertised as capable of detecting conditions caused by chromosomal abnormalities without resorting to amniocentesis, which carries a substantial risk for spontaneous abortion. These new tests, which analyze the fetal DNA that has made its way across the placenta and into the mother's bloodstream, were seen as a safe and reliable godsend for expectant mothers in no small part because, according to their manufacturers, they achieved "near-perfect" accuracy.1

There are a few problems with these claims, however. The first is that the word "accuracy" can be a bit misleading. The accuracy of a test refers to the number of correct results divided by the number of total results, which can certainly be a useful statistic but is far from comprehensive. For instance, it doesn't say much about how frequently the test will come back positive when the correct result is actually negative (false-positive rate) or how often a positive test actually represents a positive result (positive predictive value, or PPV). This oversight is especially problematic for noninvasive chromosome abnormality tests, as a number of easy-to-miss coexisting conditions, such as occult tumors, mosaicism, or a natural excess of maternal DNA on the chromosomes being studied, can trigger a false-positive test.3 So even if the test's accuracy truly was 99%, there was still plenty of room for error.

When screening for a condition such as Trisomy 18, that error is easily multiplied. That's because in addition to being limited by an abundant availability of false-positive results, the test's PPV is also tied to the prevalence of the condition it's examining, so the less common the condition, the lower the PPV. Because Trisomy 18 is exceedingly rare (the incidence is fewer than 1 per 10,000 live births2), the PPV is expected to be small, and as a consequence, a positive test result shouldn't be considered especially reliable. The research bears this out: Some studies estimate the PPV for noninvasive Edwards screening tests at around 40%.4